All square in 4 goal thriller

The hosts could not deal with the visitors set-piece prowess as Ilkley come from behind twice to
draw 2-2 with Leeds City on a wet Saturday afternoon, writes Evan Seaman.

The hosts started brightly and opened the scoring when their no 7 whips in a low cross to their
no 9 who makes it 1-0.

It did not take long for the visitors to equalise when Ilkley won a free kick outside the
box before Joe Garside stepped up to take it and placed the ball into the
bottom left corner.

Ilkley’s McGowan had a chance to score when he went one-on-one with Leeds City’s keeper,
but his shot could only be parried away to keep the hosts in the game.

Ilkley had another opportunity to go ahead before the break when full-back Joe Garside dribbled
his way into the box before going for goal but could not quite beat the keeper.

Leeds City took full advantage and restored their lead just before half time from a corner
when their no 11 got on the end of a cross and tapped the ball in from close
range to make it 2-1.

Ilkley had an opportunity to score just after the break when Garside whipped in a cross to
striker McGowan who heads it at goal, but the keeper makes a good save to keep
the visitors at bay.

The tide was beginning to turn for Ilkley and finally equalised again when Lewis Hey’s low
shot from a free kick hit the bottom right corner. 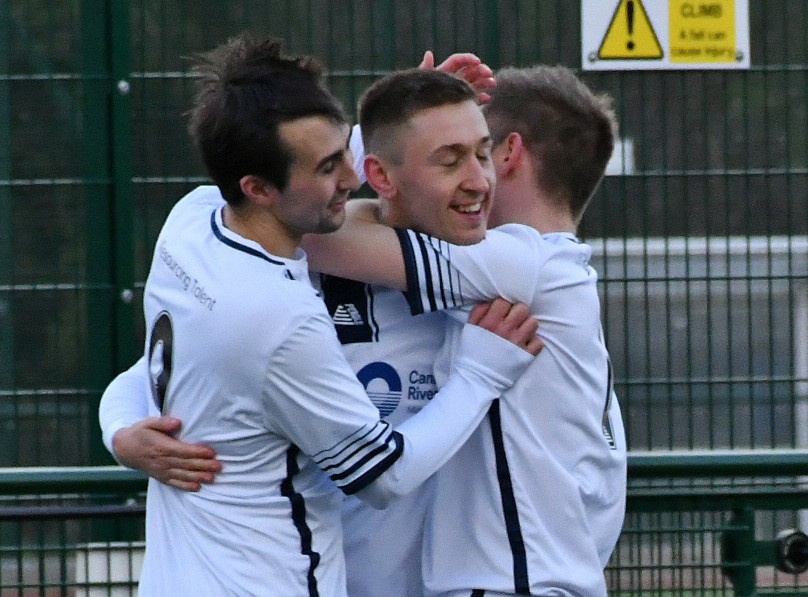