On a sunny Saturday afternoon, Ilkley Town AFC overcame a
feisty Carlton side despite a pitch invasion from a local alpaca, writes
Matthew Lambe.

For the first 35 minutes, it was the Baht’atters who enjoyed
most possession, but they could only muster a handful of shots. Carlton’s
defence remained solid but were limited to unsuccessful long balls towards
their forwards.

The most noticeable chances among these were a hammered
close range shot for Tom Fleming which was well saved by the Carlton keeper,
and a close effort by Tom Smith, when he received the ball after an excellent
run by Harry Brown.

With 10 minutes left of the half, a rather peculiar visitor
caused play to halt. An alpaca, named Oscar, had leaped out of its field and
invaded the pitch! Amid much confusion, Oscar The Alpaca continued to rampage
around, resulting in a 15-minute break in play before half time. Even with the
efforts of the public and the temptation of alpaca food, he simply would not
leave the ground!

After the bizarre break, the hosts came close to breaking the
deadlock, when a close-range attempt flashed inches wide. Despite this, the
fixture headed into half time goalless.

In the second half, Carlton’s angled pitch disadvantaged
Ilkley, as they would be playing slightly uphill. Undeterred by this prospect, they
continued to register chances.

Smith could’ve given Ilkley the lead after he controlled
Alfie Heaton’s well-weighted cross, but his attempt flew over the bar. Only
minutes later, Tom Bull headed just over after a great delivery from Joe
Garside.

In the 70th minute, a low cross from the Ilkley right
took a slight deflection, falling directly to Fleming. He stayed composed and
placed his shot into the bottom left corner, giving the Baht’atters a well-deserved
lead.

At the opposite end, Tim Edney had to pull off a good save
to deny a powerful long-range attempt.

Tempers flared in the last 15 minutes of the game,
particularly evident when Bull was brought down on the edge of the box by
Carlton’s number nine. A mini brawl commenced, and all players involved were
lucky not to receive any cards.

Joe Chilaka stepped up to take the resulting free kick and
struck the ball with perfect power and precision. From an acute angle, his strike
flew over the keeper and nestled in the top left corner, doubling Ilkley’s
lead.

The final five minutes saw multiple incidences of foul play,
with yellow cards and free kicks regularly being handed out.

Despite the peculiarities and the feistiness of the fixture,
Ilkley can be proud of their clean sheet against a competitive side and should carry
forward confidence from today’s performance for the rest of the season. 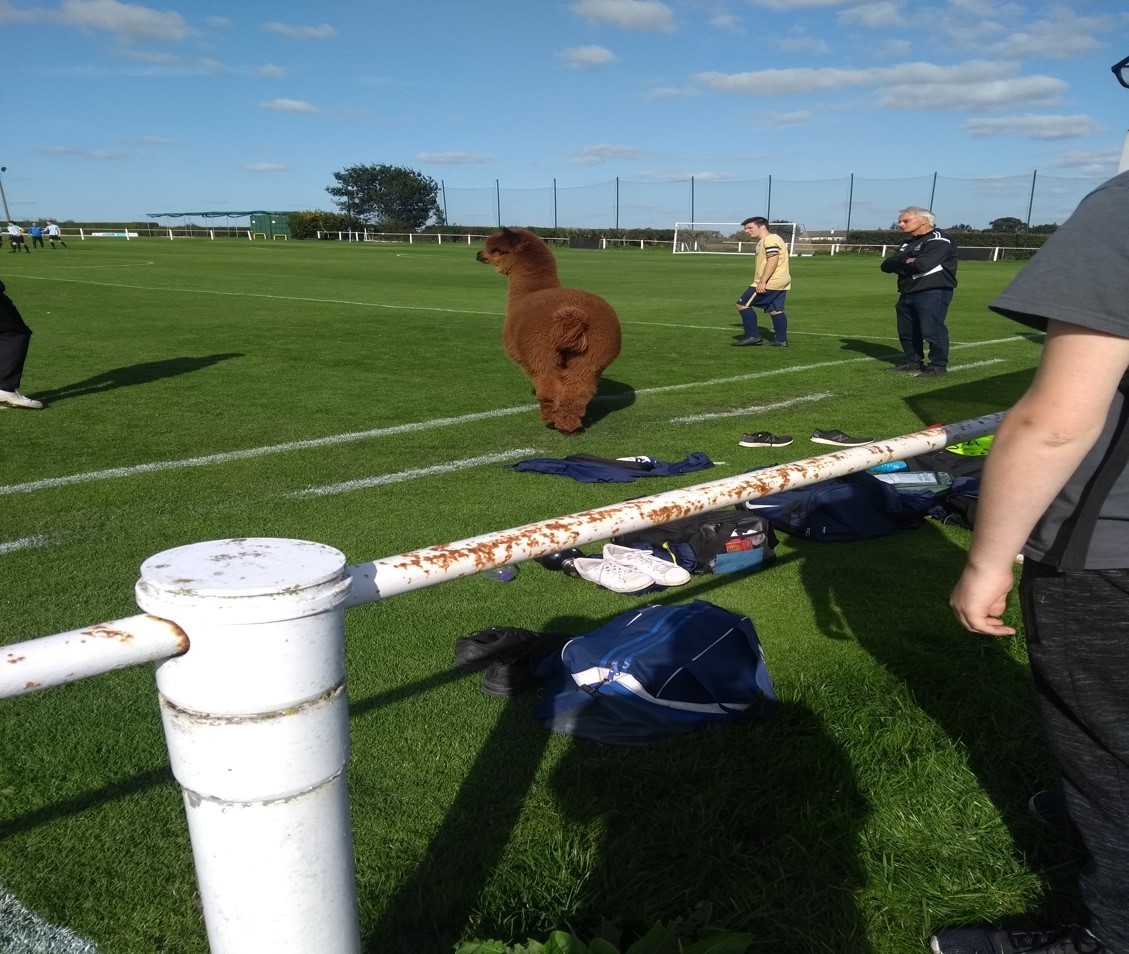