The Baht’atters could not have asked for a better opening,
as Tom Smith broke the deadlock only three minutes in. After cutting inside, Smith
found himself on the edge of the area, before firing his shot into the bottom
right corner.

Only eight minutes later, Ilkley doubled their lead through
Harry Brown, who powerfully struck a long-range attempt. The ball flew towards
the top corner, giving the hosts a two-goal cushion with only 11 minutes
played.

Ilkley continued to pile the pressure on Hessle, with Matt
Whitehead and Smith almost finding the back of the net.

Even with Ilkley’s performance, goalkeeper Tim Edney still
had work to do to preserve their clean sheet. He dived down low to capitalise
on a heavy touch from the opposition striker after their number nine was through
on goal.

In the 42nd minute, Smith bagged his brace after
a defensive lapse in concentration from the visitors. Hessle’s defence deemed
Smith to be offside and therefore did not close him down, but the ref continued
play, leaving Smith one on one. He tapped the ball home after rounding the
keeper, doubling his tally, and giving Ilkley a third on the stroke of half
time.

Despite being three goals up within the first 45 minutes,
the hosts were keen to start the second half in a similar fashion and were
rewarded with a fourth goal in the 54th minute.

After a through ball slipped between Hessle’s defenders,
Brown was in on goal, and made no mistake as he tucked his shot past the
keeper, registering his second goal of the game.

An inch perfect through ball from George Gomersall put Brown
in the optimum place, and he deftly chipped the ball into the net for Ilkley’s
fifth.

Gomersall was keen to get a goal of his own and came
tantalisingly close as his powerful shot ricocheted off the underside of the
crossbar and bounced back into the box, barely centimetres from scoring.

In the 82nd minute, Gomersall managed to get his
name on the scoresheet after beating the keeper at his near post, making it six
goals for a rampaging Ilkley side.

Only two minutes later Gomersall added a seventh for the
Baht’atters. He chased a tremendous through ball from Smith and beat all
defenders for pace, finding himself through on goal once again. Gomersall
tactically delayed his attempt, waiting to find the perfect angle before
shooting; this paid off and he was able to slot the ball home, making the score
line a staggering 7-0.

However, Ilkley were not finished there. Tom Fleming joined
the list of goal scorers after receiving the ball from a Gomersall free kick, before
blasting a pinpoint accurate shot into the bottom right corner.

Determined to retain Ilkley’s clean sheet, substitute keeper
Dan Bramham made an excellent save to deny the opposition a consolation goal
with only seconds to go.

This was a dominant performance from a highly competitive Ilkley
side, and they will take great confidence from both their solid defence and
clinical attack. 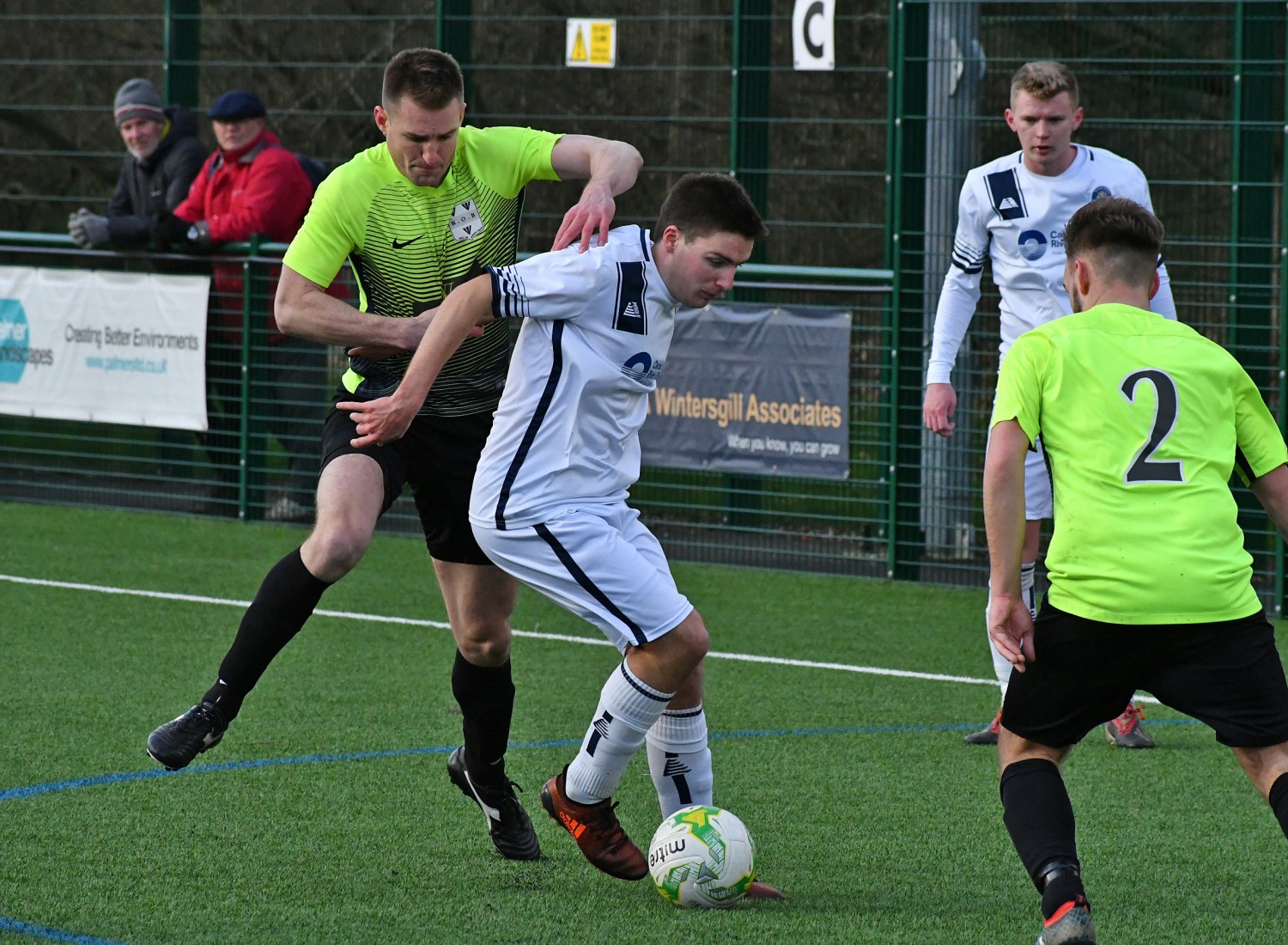