Evan Seaman chats to Ilkley Town's chairman Richard Giles about how he wants to "elevate the club to the next level".

Recently Ilkley Town decided to rebrand their badge, what
was the thinking behind it?

Ilkley Town has grown tremendously in the last 10 years. We
are entering the next phase of the development of the club. The most obvious
elements of that are moving to semi-professional status and developing an elite
player program. Alongside that we recognise the important role that we play in
our local community. There are 2,000 people involved and remember that is from
a town with a population of 14,000.

The new club badge is part of a rebranding to elevate the
club to the next level. We wanted to respect the history and include something
that is emblematic of the town. So, we have included an image of the Cow and
Calf rocks as well as retaining the motto Palma Non Sine Pulvere – “No Reward
without effort” – which has been part of the club’s logo for 40 years.

Are you hopeful that
the rebranding of the club will give them a bigger reputation?

Yes, this is exactly why we are rebranding the club. We need
to attract more supporters and sponsors to keep pace with the growing success
on the field. The brand is how we communicate what we stand for to a wider
audience.

We have a clear purpose based on improving the quality of
lives for everyone involved in the club, health and wellbeing if you like.
Sport, especially team sport, is a powerful and positive influence on
well-being. Everything we do needs to support that purpose.

As well as the club badge we are pleased to announce the new
nickname, the Baht ‘atters (“without hat”) which was voted for by 154 club
members. This reflects the strong Ilkley identity in the famous song. The first
thing people from around the country say when they meet someone from Ilkley is “on
Ilkley Moor Baht ‘at”.

There is an opportunity to reach much further afield. We are
interested to learn from other clubs that have successfully climbed the
non-league ladder. Last week, I spoke with the Chairman of Forest Green Rovers
about their journey. Forest Green is a town of 4,000 people and have risen to
League 2. It was really interesting to hear how they had used their brand to
build fan clubs nationally and internationally.

Our rebrand will help us reach more people.

When did you start to become involved with the football
club?

I started playing in 1997 after moving to Ilkley from
Manchester where I played in the Cheshire Leagues. Stuart Forrest was the
manager and shortly after Dave Houlston took over. I remember a good few hair
dryer moments from Dave…. I think he has mellowed a bit!

It was in those early days that we started to progress and
grow our ambitions. I became Chairman in 2007, when I realised that the skills
and experience from my work could really help the club.

What would you say has been the highlight of your time at
Ilkley so far?

There are many. I look back on my playing time with fond
memories. I captained the team that won the Harrogate Premier League and Cup
double in 2002/3, which was a very special time.

As Chairman being able to put together the finance and plans
to build the 4G pitch was pretty amazing and has taken the club to the next
level.

I am also very proud of the team we have built off the
pitch. There are a lot of very special people involved in the committee and
coaching teams that are pulling in the same direction.

And what had been the most challenging experience the club
has had to deal with?

That’s an easy one…. this season has been pretty
challenging!!

The best of times and worst of times as the saying goes. The
first team have had the most successful season in the club’s history, and we
have developed the facilities to be ready for semi-professional football. At
the same time, we had two floods in February and then the disappointment of the
season coming to a premature end. The way we have responded to these challenges
is massively positive and shows what a strong group of people we have in place
and how resilient the club is.

As the chairman of the club, what do you plan to achieve
with Ilkley next season?

The 3 priorities for me are:

1. The first team to make the step to semi-professional football

3. The sponsors and spectators grow so that when we enter semi-professional football, we have really strong foundations

We must also make sure the other parts of the club flourish.
The junior teams, the girls and ladies are all thriving and are the heartbeat of the club.

Does last season’s performance offer encouragement that you
could potentially go up next year?

In short, yes. We are now looking forward to what we can achieve next
season. Promotion will be the number one priority but there is an opportunity for
this squad to win some silverware and fulfil their potential. I am very
excited for the players.

How do you think the club will be able to cope financially
as a semi-professional club if you were to get promoted to the
Northern Counties East Football League?

It’s not just about surviving in Northern Counties East League, it’s about
building something that can continue to grow so that we progress further. We
are building a sustainable model with all of the parts of the plan
connecting together.

So, the development of an elite player pathway provides a pipeline
of players that can compete, new sponsors and spectators increase commercial
revenue and our rebrand attracts more people to the club. We are starting from a
tremendously strong base with great facilities, great
coaches and an affluent town in a beautiful part of the world.

Would Ilkley need to improve any other facilities before
they go into the 10th tier of football?

No, we are ready now. The changing rooms are complete, we have a covered
stand for 50 spectators and the fencing work is done. In the first season playing in
the 10th tier we would add a 50 seated stand. 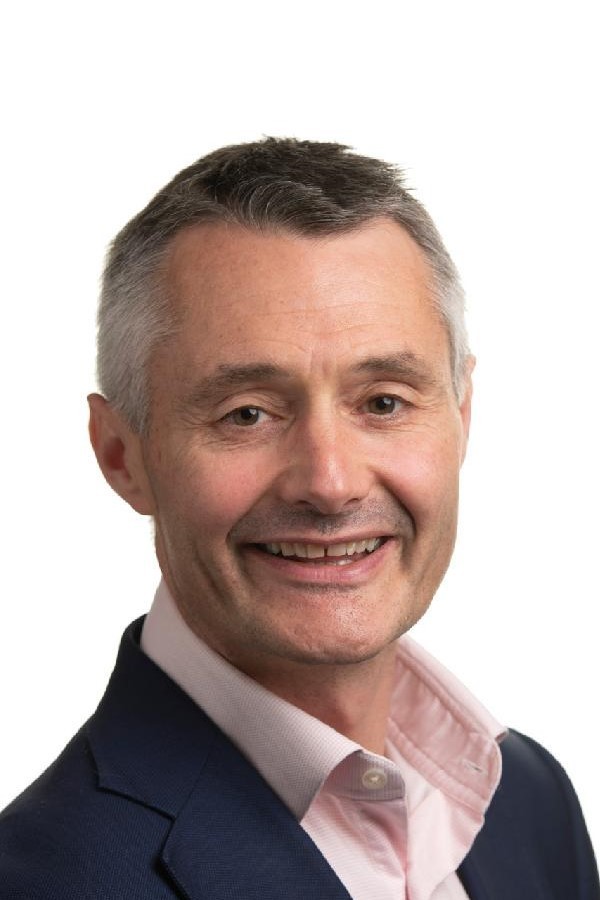