After a frustrating loss last weekend to Horbury, Ilkley looked to return to winning ways to mount a serious challenge for promotion into the tenth tier of English football, writes Matthew Lambe.

Today’s opponents were Sherburn White Rose, who had previously won only one of their last eight games; Ilkley looked set to be favourites but, as we gathered from last weekend, you can never take anything for granted.

The game began with Ilkley taking control, aiming to keep possession inside Sherburn’s half in order to tire them out. For the next ten minutes the game was cagey with a number of fouls turning the game into a feisty encounter, until in the 15th minute, Ilkley got a breakthrough .

Ilkley dribbled through into Sherburn’s half, skipping past defenders until a perfectly weighted through ball was played into right back Alfie Heaton, who drove in a low cross towards the near post, where Ben Greenhow expertly managed to get himself in front of the defender and Hudson Simon to tap the ball home into the bottom right corner. Trying to take control of the game, Ilkley followed up with some great one touch link up play by Harry Brown and Tom Bull, and the ball was played into Joe Chilaka, who controlled the ball, but then dragged the ball across goal, missing the target by only a couple of inches.

Realising they were being dominated, Sherburn resorted to dangerous challenges to keep Ilkley at bay. This was shown when a Sherburn centre back, realising Chilaka had beat him for pace, hacked him down, when Chilaka would’ve been one on one with the keeper. This resulted in a yellow card, (even though he was the last man) much to the annoyance of the Ilkley dugout. Sherburn decided to continue with their risky strategy, when Sherburn’s left winger slid in to challenge Heaton, with no intention of winning the ball. By now the referee had figured out Sherburn’s strategy, so he sent off their winger, making them a man down for the remainder of the game.

As the first half drew to its conclusion, Ilkley had another few half chances, and centre back Darren Munday limped off with an injury. Heading into half time, Ilkley felt the more satisfied team with their first half performance and looked to build on their one goal cushion throughout the second half.

Having gained confidence from being called up to represent West Yorkshire, Brown immediately made a positive impact by intercepting the ball from kick-off and taking the ball around three defenders before almost scoring only ten seconds after the kickoff. His positive impact appeared to inspire the rest of the Ilkley team as well: Ilkley followed up with a brace of well placed shots, but they were well dealt with by Sherburn's keeper. A couple of minutes later, Tom Fleming (also called up for by West Yorkshire) came on in place of Tom Smith.

Eventually, in the 65th minute, Ilkley’s sustained pressure paid dividends. A chipped pass from the right hand side was dinked in towards the penalty spot where it fell to substitute Fleming, who beat the defender on their first touch then dragged the ball back across the goalnet into the bottom left corner.

Only two minutes later, Fleming received the ball in a central position twenty five yards out, then beautifully struck the ball, arrowing right towards the top right corner, but it thundered against the top of the post. Luckily, it rebounded to Brown, who reached the ball before the oncoming defender and was able to tap the ball into the empty net. Since he came on only 10 minutes ago, Fleming had already got a goal and an assist.

Having only ten men took its toll on Sherburn: they hadn’t created a clear cut opportunity in the last half hour, whilst they were struggling more and more to cope with Ilkley’s onslaught.

However, they managed to create a chance from a through ball; Ilkley’s back line all assumed it was offside, and in that brief lapse in concentration, Sherburn’s striker managed to run through the gap and slotted the ball past keeper Jake Baguley, therefore denying Ilkley their first clean sheet of the season.

Once again, Heaton barrelled down the right wing and swung in a low cross to Greenhow, who calmly dispatched the ball across the goal for his second and Ilkley’s fourth goal.

By now, the game was all but done and dusted, but Ilkley wanted to add salt to Sherburn’s wounds by pushing for a fifth and final goal. Chilaka ran onto an exquisite through ball from Ilkley’s own half all the way to Sherburn’s byline. He received the ball near the corner flag and dribbled straight towards the keeper; at the last moment, he unselfishly squared the ball across goal, fooling the keeper. Fleming was waiting there and simply tapped the ball into the open net.

To prove his place in the team, Ilkley’s keeper pulled off a superb reflex save to deny Sherburn’s striker from bagging a second. Less than a minute later, the final whistle was blown.

Overall, this was a dominant display from Ilkley and most importantly one that proved that last weeks frustrating performance had been forgotten. Ilkley secured their position in the top three, whilst Sherburn stayed at the foot of the table with only four points from nine games.

You can now watch Ben Greenhow‘s reaction to yesterday‘s 5-1 win against Sherburn White Rose on Facebook and Twitter. 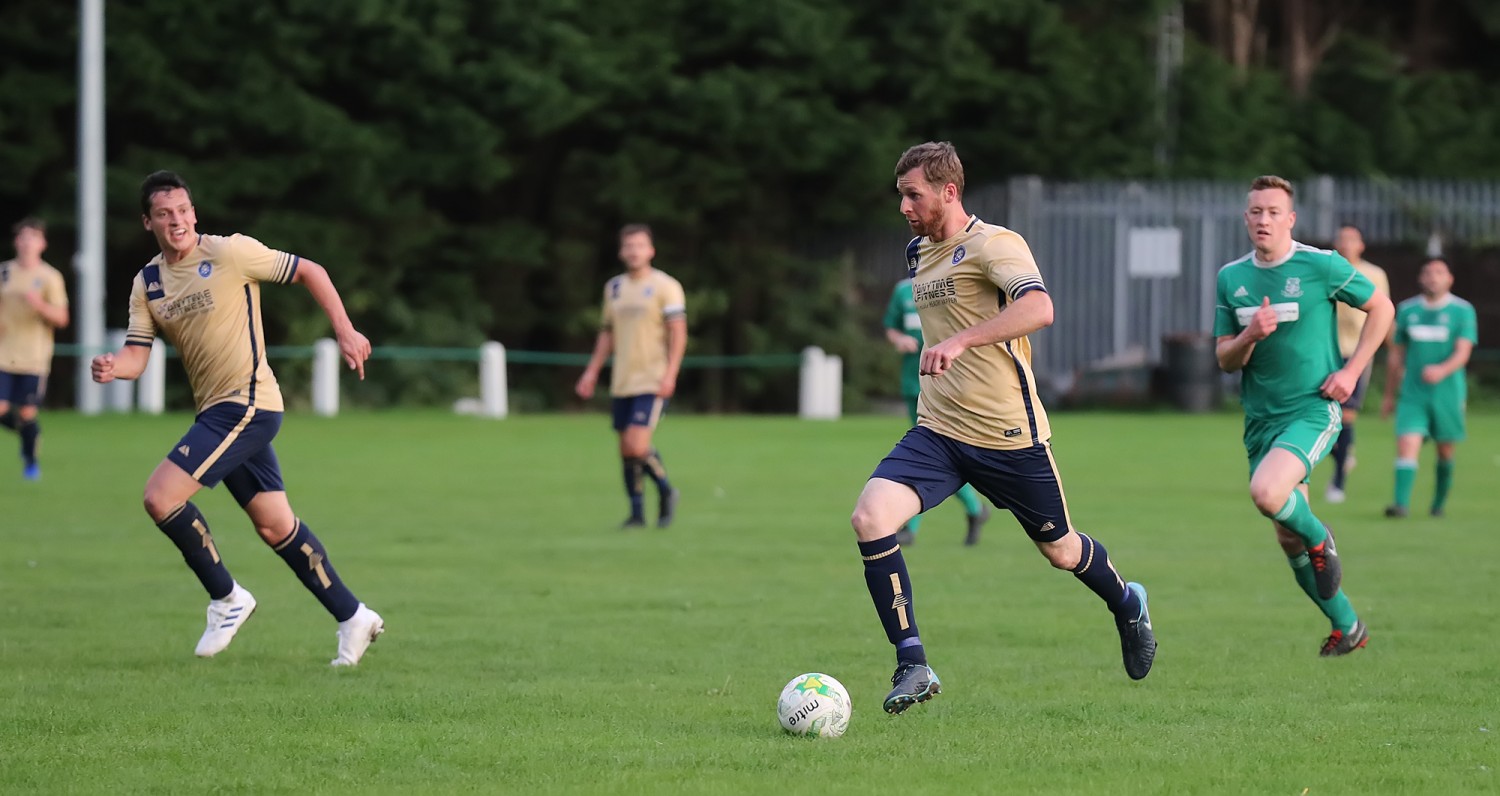