In a game in which the home team dominated from start to finish, Ilkley emphatically beat Burley Trojans 9-0 in the Wharfedale District Cup, writes Evan Seaman.

The hosts’ quickly broke the deadlock when Harry Brown’s looping effort was parried by the visitors’ shot-stopper but Tom Smith pounced on the rebound to get himself on the scoresheet.

Ilkley’s second goal came from a set-play when Joe Garside stepped up to take the free-kick from about 20 yards out before curling it into the top corner. Garside didn’t stop there and the left-back shortly got Ilkley’s third goal in bizarre fashion when his attempted cross ended up heading towards Burley Trojan’s goal and their keeper spilled the ball into his own net to make the score line 3-0 just before the break.

The home side continued to attack in the second half and made it 4-0 when Tom Fleming played a nice through ball to Tom Smith down the middle before Ilkley’s no 9 slotted the ball into the top left corner.

Tom Smith then completed his hat-trick when Alfie Heaton went on a menacing run down the right flank before whipping in a low cross to Smith who places it in the bottom corner.

Ilkley Town were now in complete control of the game and grabbed the sixth goal of the game when sub Jordon Boxall-James got on the end of Heaton’s cross at the far post then tapped the ball home.

A lot of Ilkley’s attack now involved Heaton and he got another assist when he cut the ball back to Tom Fleming on the edge of the box who blasted the ball into the net to get their seventh goal of the match.

A few minutes later Joe Hendrie scored a chip goal just outside the box when the away team’s keeper was caught off his line which meant Ilkley were now winning 8-0.

Ilkley finally rounded off the victory just before the final whistle when Ben Atkinson got on the end of a cross to make sure that the hosts’ comfortably went through to the next round of the cup.

You can now watch Joe Garside and Richard Bull react to today’s 9-0 victory against Burley Trojans on Facebook and Instagram. 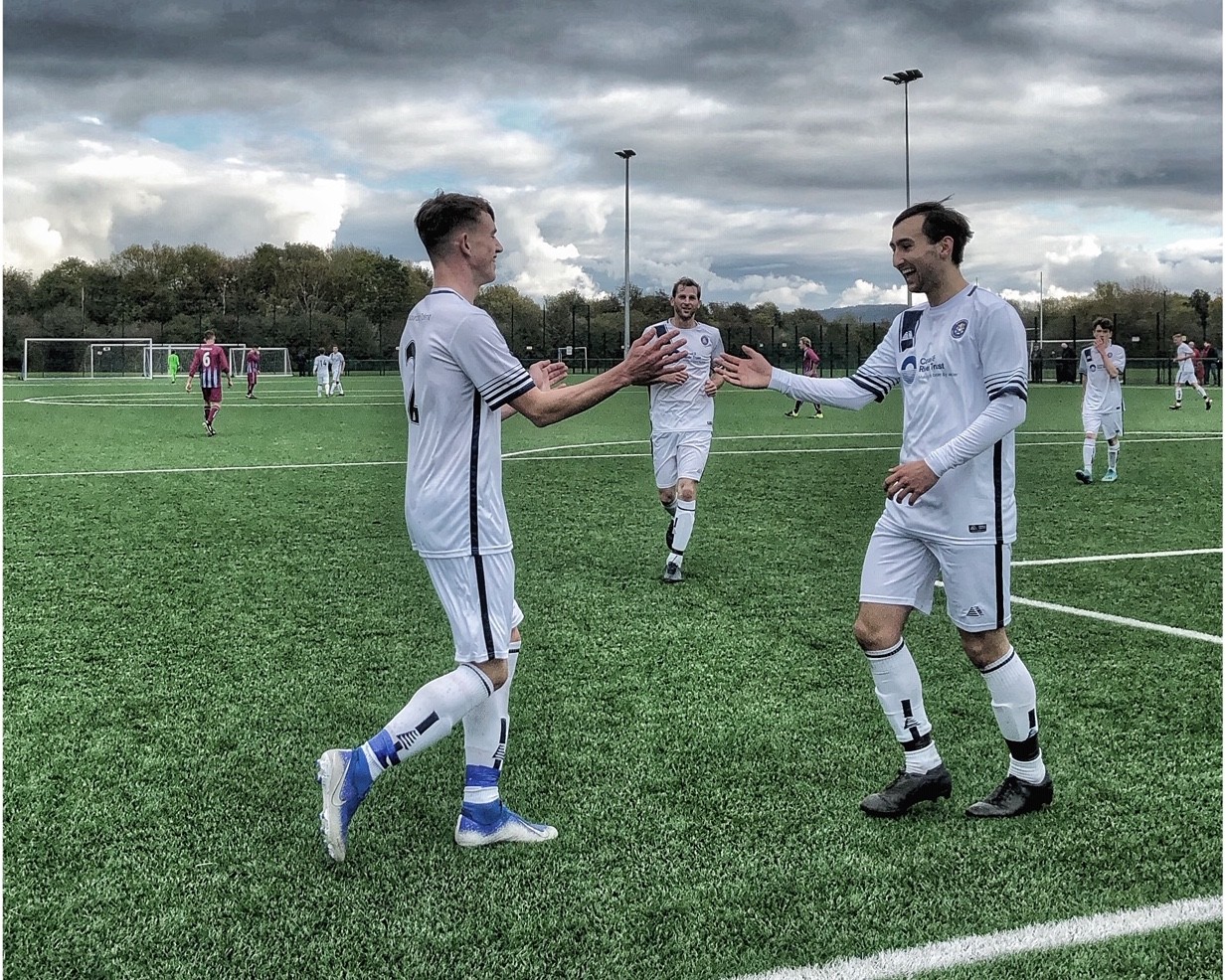