The Baht’atters could not have asked for a better start,
breaking the deadlock in the 4th minute. A low cross from Harry
Brown was accidentally tapped in for an own goal by centre back Luke Fletcher,
giving the hosts an early advantage.

Ilkley continued flawlessly, adding to their tally barely
five minutes later. George Gomersall won the ball inside the box and evaded the
sliding challenge, before selflessly playing the ball to Brown. He tapped the
ball home with ease, doubling Ilkley’s lead and setting the tone for the remaining
80 minutes.

Fleming was tantalisingly close to joining the scoresheet,
but his shot towards the bottom right corner ricocheted off the inside of the
post and back into open play.

At the other end of the field, Adam Montague Millar was kept
busy, and was forced to pull off two stunning saves to maintain his clean
sheet. Adam’s first save saw him dive low into the corner, and for the second
he parried an effort destined for the top corner.

In the 40th minute, Ilkley made it three when a
superb team move from Brown and Matt Whitehead was slotted away by Whitehead
when his shot across goal nestled into the bottom corner.

The hosts scored again in quick succession, making it 4-0
before the break. Whitehead found himself on the receiving end of a low cross
from Joe Garside, and he smashed his close-range attempt into the roof of the
net.

On the stroke of half time, Montague Millar pulled out
another vital save to deny Jack Campbell and the subsequent shot was
brilliantly cleared off the goal line by James Turland.

The second half began similarly to the first, with Ilkley
enjoying a flurry of chances. These included a long-range effort from Garside
which was well saved by keeper James Woodster, and Fleming missing the target
following on from a through ball from Brown. Most noticeably, a nail-biting
goalmouth scramble occurred which saw Gomersall smash the crossbar and Adam
Davey nearly score with a chip.

Keen to not waste their momentum, the Baht’atters continued relentlessly
pressurising Boroughbridge and were rewarded with a goal in the 55th
minute. This time it was courtesy of Alfie Heaton, who after bursting down the
wing struck a powerful shot that flew over the keeper.

The goals simply kept flooding in for Ilkley. Just two
minutes later, they had added a sixth when Gomersall’s close range attempt was
well saved by Woodster, but Fleming was ready to pounce and tapped in the
rebound.

Once again, a low cross was fizzed across the face of goal,
and Heaton was in the perfect place to stick home the tap in, further
increasing the score to 7-0.

The hosts were playing beautiful, fast-paced football,
creating numerous chances through quick one touch passes that the opposition
could not keep up with.

Despite this, the visitors continued to fight with
resilience, and were nearly rewarded with a consolation goal if it were not for
the safe hands of Montague Millar.

Not resting on their laurels, Ilkley continued to create
chance after chance, and after a couple of near misses from Whitehead, he
assisted Tom Smith to add an eighth goal.

In the 75th minute, Boroughbridge pulled a goal
back, after a stunning strike from substitute Gabe Hopkinson. After a darting
dribble down the left flank, he cut inside before placing his attempt into the
far corner beyond the reach of Montague Millar.

Boroughbridge seemed to find their stride and added a second
goal in quick succession. Striker Chris Simpson headed into the near post after
leaping to receive a looping cross.

Ilkley capped off an incredible performance with a final
goal in the 85th minute, when Tom Dover assisted with a low cross,
and Smith made no mistake with his close-range strike.

This was an exquisite display from Simon Armstrong’s men, fully
reflected in the staggering final score of 9-2. Next weekend, the Baht’atters
face the tough challenge of away to Beeston, a top of the table clash that will
test both teams’ stamina and resilience. 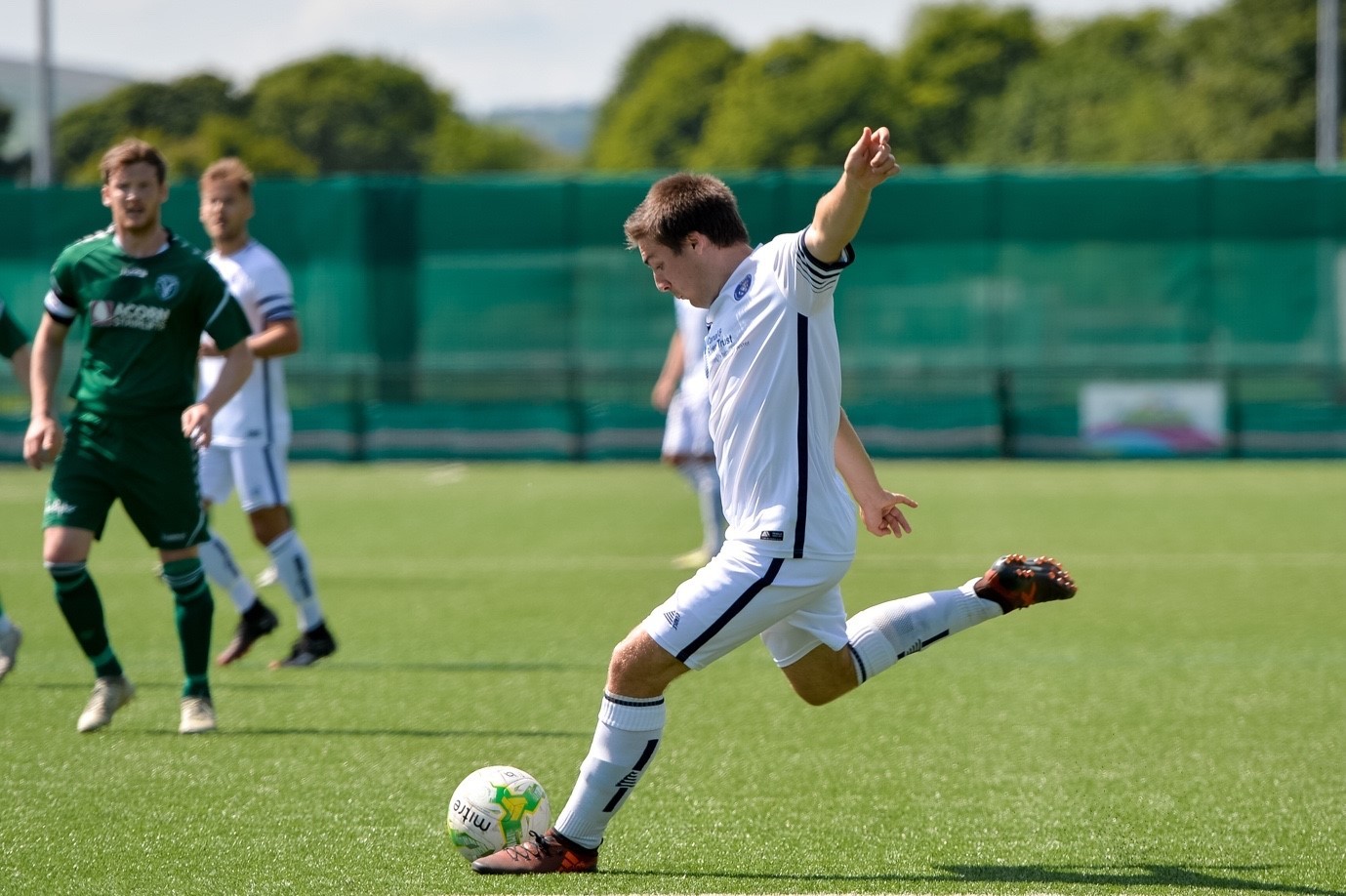