Grassroots football anger as many forced to abandon their season

In an interview with Ilkley Town manager, Simon Armstrong,
talks of the “huge impact” the coronavirus has had across many non-league clubs, writes Evan Seaman.

So, following the FA’s decision to suspend all grassroots
football for the foreseeable future due to the coronavirus, how has this
impacted the club and its preparations for next season?

Like all non-league/amateur/grassroots clubs it has a huge impact on a community level and
damages the integrity of the game. We’re currently looking at different ways to
keep our football community engaged and ready for the restart. As it stands,
we’re struggling to prepare for next season as we don’t realistically know when
that will be.

This season Ilkley Town were on course to get promoted to
the Northern Counties League which means the club would become
semi-professional for the first time in their history, but has the coronavirus situation
hindered your chances in doing so?

The recent disappointing announcement by the F.A. to null & void all football from steps 3-7 and the
grassroots game means promotion and relegation look unlikely. However, there is
a swell of support growing within the non-league and grassroots game to get
this decision reversed and find a solution to finishing the season. This would
mean the hours, dedication and finance that has gone into the 19/20 season will
not be simply swept away.

As it looks like the coronavirus lockdown will remain in place for some time, how will you and all
the players stay productive without football fixtures to look forward to every
week? Will this affect the players mentally, as well as physically, as they’re
not even able to train?

We are keeping in constant contact with them in regards the situation, making sure they’re okay and
looking at various ways we can engage with them to help them physically and
mentally through the coming weeks. This will hopefully have an individual and
team benefit when we finally get back on the pitch.

You’ve joined 60 other non-league clubs in signing an
open letter to the FA calling on the governing body to reconsider its decision to
make the 2019-20 season null and void across Steps 3 to 7, do you think the
amount of signatures the letter has acquired will force the FA to help the non-league
clubs more in this unprecedented time?

I think the F.A. have made a rushed and poorly thought out decision, but the easiest one from their
perspective. Non-League and grassroots clubs are arguing that a little more
patience and consultation was required before such a monumental decision was
taken. They’ve decided to null & void from step 3 below, what does that say
to all those clubs, teams, players, managers, coaches, parents &
volunteers. I’m afraid it suggests they’re not viewed as important, especially
compared with step 2 and above. Ultimately, it’s disrespectful and there is a danger
of causing a rift between non-league/grassroots and the professional game.
Quite simply the F.A. should be doing more to help these clubs, especially with
a recent report suggesting the grassroots game is worth over £10 billion to the
UK economy, saving the NHS £43 million in the process.

How do you think the FA should have dealt with this
issue? Do you think that grassroots football teams should be allowed to finish
the season eventually, albeit perhaps behind closed doors?

Ultimately currently the priority is to stay safe and well and resume football when it is safe to do so. The F.A.
should have consulted more comprehensively with leagues and clubs to decide on
a course of action with maybe three options to be voted on, each club having a
vote and the majority vote being the way forward. Our league, the West
Yorkshire Premier League wasn’t even consulted or made aware the F.A. decision
or announcement was coming.

Do you think that is unfair that the FA took the decision
to expunge the entire 2019-20 season for non-league club in steps 3 to 7, whereas
bigger full-time clubs are not in the same “null and void” decision?

As I said previously, I think it’s a rushed and poorly thought out decision which is incredibly disrespectful
to non-league and grassroots clubs. It has recently been made worse by the
decision of the National League to suspend their season indefinitely. The
result of this will be that all clubs will now be consulted to decide on the
appropriate course of action. Unfortunately, due to the quick knee jerk
response from the F.A. step 3 and below were not afforded this level of
consultation.

How much of a financial impact will this have on clubs
like Ilkley in the future?

At this moment the impact is uncertain. We will survive and are still hopeful of promotion. However, it is now
starting to filter through that some non-league clubs are really starting to
struggle financially, with one or two folding and others requesting demotion as
they simply cannot afford to survive at their current level due to the
financial impact.

Despite the team’s campaign being cut short, are you
still pleased that the team were second in the league table and still competing
in three cup competitions?

Absolutely, we were on course for our most successful season at this level and had a chance in all three cup
competitions of winning some silverware. The squad had depth, strength, quality
and character and was beginning to show a real consistency in performance that
we hadn’t achieved before. The challenge for all of us when the season resumes/restarts
is to ensure we’re all committed to improving and being even better. 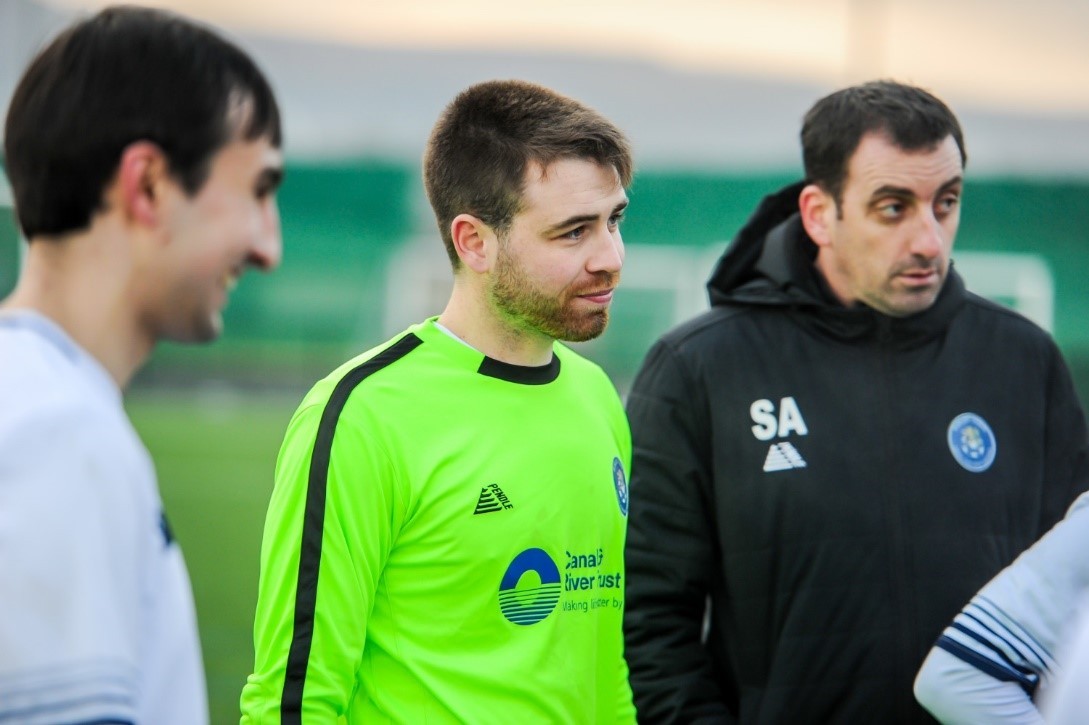