A Monday night fixture under lights was the setting for the District Cup Semi Final to determine who would face Pool in this years final.

On the 3G at Leeds Trinity University Town settled into their stride really quickly with a good shape they began moving the ball around the pitch. Horsforth strategy was to employ a low block and make it difficult for Town and then try and exploit any space quickly. In the first half Horsforth did a fine job as although they didn't see a great deal of the ball they certainly carried a threat.

Despite dominating possession Town were too slow in the build up and in the final third didn't play quickly enough or with enough quality. Towns first real chance came from some fine work down the right between Toby Harris and Matt Whitehead, the goalkeeper pushing Harris effort away. Dave Hancock reacted quickest at the back post and fired into the net only to see the linesmans flag being waved and the goal disallowed.

Town would once again be unlucky, again some fine play down the right hand side saw Matt Whitehead manage to take the ball around the onrushing goalkeeper. Whiteheads shot was blocked on the line before the ball made its way to the edge of the penalty area where Tom Fleming produced a stunning lob, seemingly destined for the top corner befroe the post intervened and the ball was cleared.

This time nice play on the left from Dave Hancock & Tom Fleming led to the ball finding Toby Harris on the left hand side of the penalty area. Harris rolled his marker and fired the ball into the six yard box. Excellent movement from Tom Smith would surely lead to the opening goal. Smith made a solid contact but didn't quite open his body enough and his effort whistled past the post.

With ten minutes remaining Horsforth would grab the opening goal. Town played out and this time got caught in possession leaving themselves short defensively. The Horsforth midfielder played a quick forward pass and the centre forward showed pace & composure despite the efforts of Darren Munday and Tim Edney to find the bottom corner, 1-0.

Minutes later it was almost two as a long ball was flicked on, causing confusion and only a fine save from Tim Edney denied the Horsforth centre forward a second goal and Town finding themselves in a really difficult situation.

The second half was only a couple of minutes old when the ball found its way to Matt Whitehead on the left. Whitehead dribbled past the first player with ease and then was bundled to the floor as he attempted to beat the second, penalty kick! This was a pressure kick to allow Town back into the game and provide a foundation to go on and win. Tom Smith stepped up and showed confidence & maturity beyond his years to slot the ball into the bottom corner, 1-1.

Town from here would dominate as they changed the tempo and moved the ball much quicker in the final third. Horsforth to their credit defended well as Hancock, Smith & Fleming were all denied. With twenty five minutes remaining Town would take a deserved lead. MOM Harry Brown was now dictacting the play and pace of the game. Some fine pass and move football led to Brown finding himself on the edge of the penalty area. Brown beat one player then wnet to shoot before checking to wrongfoot the defender and his low driven shot beat the despairing dive of the Horsforth goalkeeper, 1-2.

Horsforth now began to look physically tired and the game was there for the taking. A two touch move which involved Brown, Whitehead, Fleming & Harris saw the latter deliver a whipped cross for Tom Smith to flick towards the top corner, but once again it went agonisingly past the post. Moments later Tom Smith met a Tom Fleming cross with real power and was only denied by a fine save. Next to have an opportunity was Matt Whitehead following another fine run where he beat three players, coming inside, onto his right foot and struck for the far corner, just past the post again.

With fifteen minutes remaining Harry Brown would give Town the vital third goal. It was almost a copy of his first as the ball once again found its way to him on the edge of the penalty area. Brown once again manufactured the space to strike a low shot which once again found the bottom corner, 1-3.

Brown would complete his hat trick with five minutes remaining, putting the gloss on his impressive performance. Town were now finding lots of space on the edge of the penalty area, Joe Hendrie being fouled just on the edge when it looked like he would get his shot away. Brown sized up the free kick and delivered towards the bottom corner. The slightest of deflections from the Horsforth wall wrongfooted the goalkeeper and the ball found the net, ensuring Towns place in the final on 28th April at Guiseley AFC, 1-4.

Town manager Simon Armstrong had this to say after the game;

'We're absolutely delighted to make the final, the first time in three years. Horsforth made it very difficult for us in the first half and scored a great goal with some quick positive play. Second half though we showed real character and went up a gear in regards our tempo & quality creating some excellent opportunities. There were some really strong performances but Harry Brown was standout, not only for his hat trick but his ability to control the game for us.' 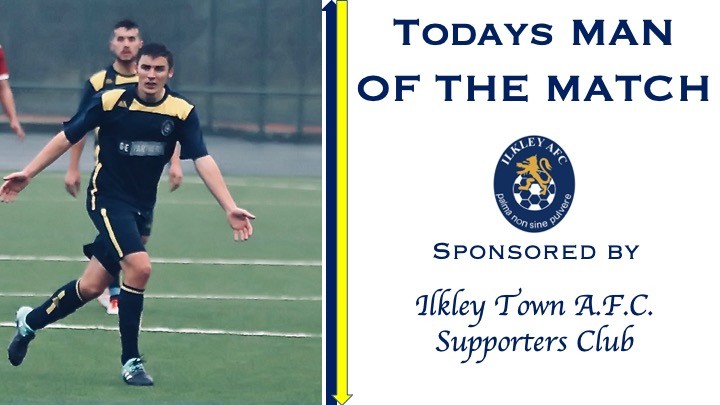