On a sunny Saturday
afternoon, Ilkley played out a goalless draw against Beeston St Anthony’s as
neither side managed to create an opening, writes Evan Seaman.

The visitors
had their first chance 15 minutes in when George Gomersall takes the free kick
from 30 yards out, but his attempt is parried away by Beeston’s Alex Houghton.

Ilkley got
their first corner of the game towards the end of the first half when Adam Davy
got on the end of the cross, but his header went just wide of the net.

The visitors started brightly in the next 45 minutes as
Harry Brown goes for goal after finding space inside the box, but his shot is
cleared off the line to keep the score 0-0.

Things got more difficult for Beeston when Sam Ackeroyd got
sent off to give the visitors an extra man on the pitch.

Ilkley’s Charlie Nixon then had a pop at goal from long-range,
but his shot goes over the bar.

Despite Ilkley having a man advantage for the majority of
the second half and having the better chances, they couldn’t find that all important
goal to give them the three points.

After the game Ilkley manager Simon Armstrong reflected on
his team’s performance, saying that he was “delighted to get the clean sheet”.

He also commented on the weather conditions, making it hard
for his team to “inject that tempo into the game”. 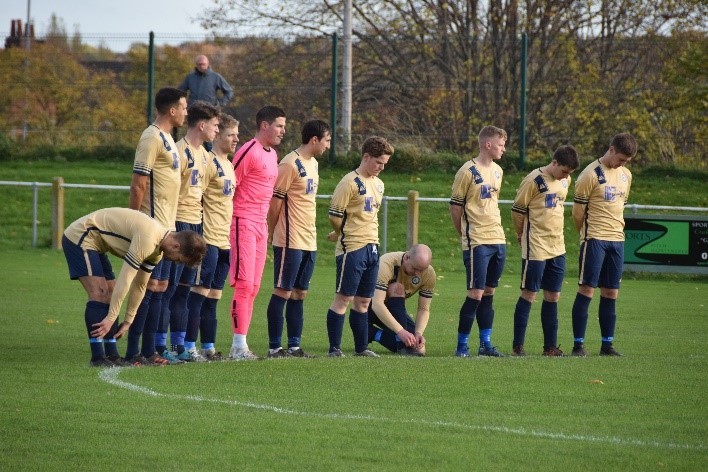