Despite occasional lapses in concentration at the back, Ilkley
Town delivered a well-drilled performance to break down a defensively-minded
Newsome side 3-2, writes Matthew Lambe.

Straight from kick-off, Ilkley showed enthusiasm and
instantly had a deflected shot bounce off the crossbar. Eager to take advantage
of their momentum, Ilkley’s Joe Hendrie tapped the ball home in the 10th minute
as a result of a low cross by Tom Fleming following a great attacking run from
Tom Smith.

The host’s early goal deflated the visitors. Ilkley were
allowed to play through the thirds whilst keeping hold of possession.
Eventually Ilkley’s sustained pressure paid dividends: Harry Brown’s shot,
which was destined to nestle in the bottom corner, was saved by the Newsome
keeper but only towards the feet of Smith who easily tapped the ball into the
open net.

Only two minutes later, Ilkley were unlucky not to add a
third goal as Smith capitalised on another fumble by Newsome’s Danny Armitage.
However, Smith was deemed to be in an offside position by the linesman.

As soon as the second half began, it was evident that
Newsome had hugely benefited from their half time team talk: the visitors pressured
Ilkley and challenged for any loose balls.

Due to miscommunication in Ilkley’s defence, Newsome were
awarded a penalty, which was calmly dispatched despite Adam Montague-Millar getting
a firm hand on the ball. Realising that they were now in with a chance, the
visitors were eager to put Ilkley under more pressure, Newsome’s centre back
rose higher than Ilkley’s back line and headed the ball home. Within the space
of two minutes, Newsome had pulled back the deficit and punished Ilkley for
their mistakes to bring the game to 2-2.

In the 60th minute, Simon Armstrong brought on
Ben Greenhow. This substitution worked wonders for the hosts, as Greenhow
inspired confidence into an otherwise tired Ilkley side. Ilkley were now
pouncing on every opportunity and the momentum swung back in their favour.

Shortly after, Ilkley’s right back Alfie Heaton received the
ball near the byline and drilled a low cross beyond the outstretched hand of
Armitage, towards Fleming, who simply tapped the ball home,
restoring Ilkley’s lead.

For the remainder of the game, both teams played aggressive,
counter attacking football. They both had numerous near misses, most noticeably
a shot blazed over the bar by Smith following some great build up play from Simon
Armstrong’s men.

Ilkley managed to keep out Newsome after a final spell of pressure
from the visitors to record a well deserved victory. The result continues their
form to three consecutive wins, but Ilkley need to show some more consistency
at the back if they are to progress this season.

You can watch Ilkley Town's Hendrie react to yesterday's 3-2 victory against Newsome FC on Twitter and Facebook. 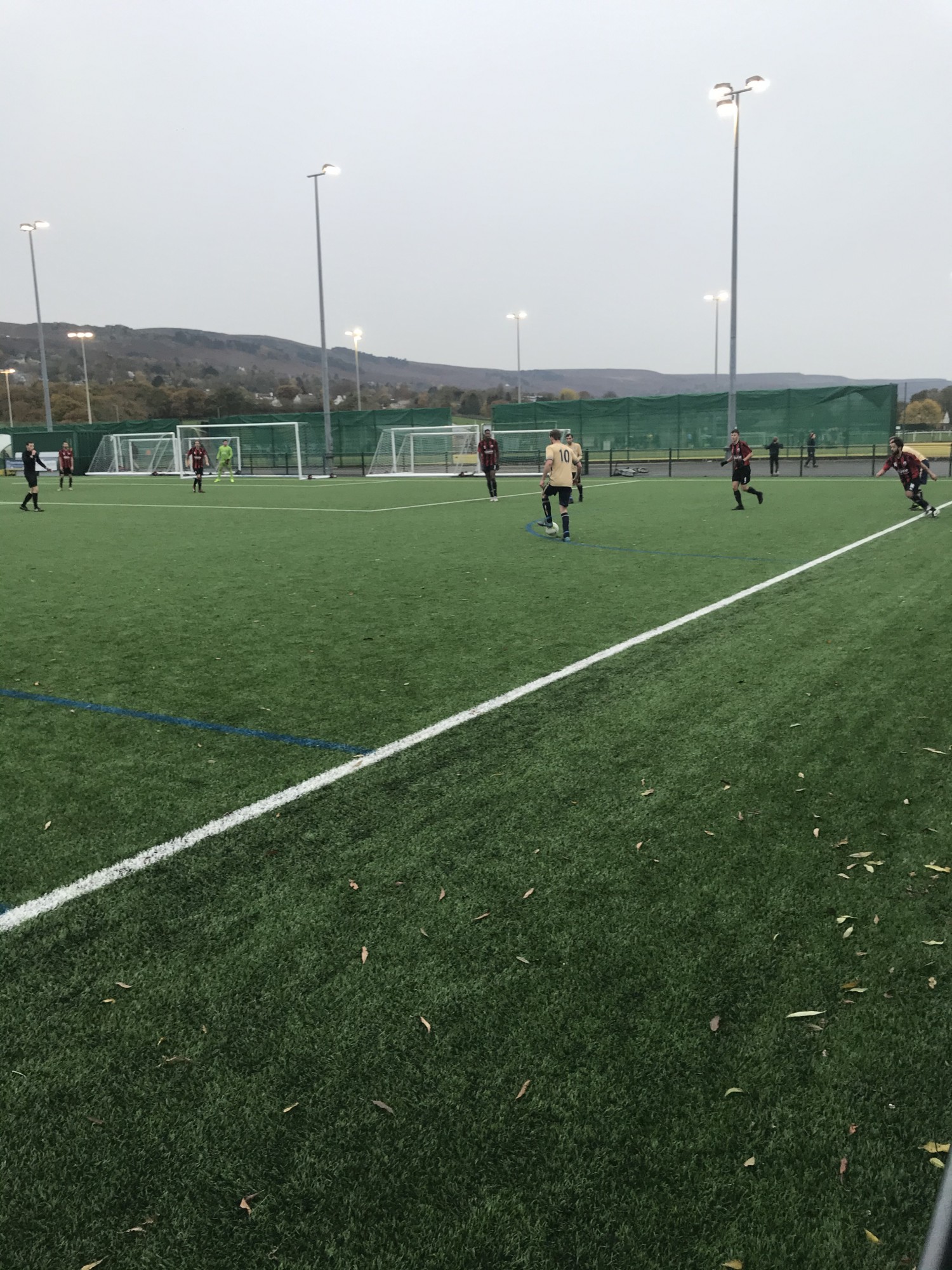