Still plagued by injuries, Ilkley struggled against a well organised Hunslet team, that had won every home game so far. Ilkley had a few decent chances along with a nicely built up goal, but Hunslet’s ability to constantly pressurise was too much for Ilkley to handle, culminating in a 2-1 defeat, writes Matthew Lambe.

Straight from the whistle, Hunslet showed their impressive form at home with a brace of shots which were well denied by the Ilkley keeper, Adam Montague Millar.

This was immediately followed up with a pair of shots from Hunslet’s Adam Simpson, which both resulted from some defensive errors by Ilkley.

The deadlock was broken in the 25th minute when Kyle Swithenbenk was on the receiving end of a through ball. After some good control, the ball was calmly slotted across the goal into the bottom opposite corner.

This lapse in concentration caused Ilkley heads to drop. For the remainder of the half they were dominated, struggling to string at least three passes together before they gave the ball away. Towards the last 15 minutes, Ilkley’s enthusiasm spiralled downwards, struggling to get out of their own half.

The second half began as the first half had ended: a Hunslet free kick was whipped with pace towards the roof of the net, and it was narrowly saved by the outstretching hand of Ilkley’s Montague Millar.

Eager to take advantage of their momentum, Hunslet received another free kick from 25 yards out, and instead of shooting they played a through ball, catching all of the Ilkley back line off guard. Kieran Corley on the receiving end drove the ball into the bottom right hand corner from a tight angle

Shortly after the goal, a double substitution restored some energy. This seemed to have a positive impact, as Ilkley started to keep possession for longer, tiring out the opposition.

This was eventually topped with Ilkley breaking the deadlock, after a team goal showing great stamina was finished off by Tom Smith. Substitute Ben Atkinson skipped past a defender to cut inside on the byline. Atkinson then dragged the ball back towards the six yard box where both teams fumbled with the ball. Eventually it landed at the feet of Smith who rifled a first time shot, which was cleared off the line by a defender. Anticipating the worst, Smith was ready for the rebound and slid the ball home, past the stranded keeper and defender.

For the final 15 minutes, both teams resorted to counter attacking football, with numerous chances for both sides, but for Ilkley, it was all too little too late.

The full time result saw Hunslet climb up to third in the division while Ilkley stayed in second, with five teams all within three points of them, meaning that Ilkley need to improve their performances away from home if they are to have any chance of gaining promotion.

For their next home game, Ilkley host Burley Trojans in an eagerly anticipated local derby in the West Yorkshire cup.

You can now watch Ilkley manager Simon Armstrong react to yesterday’s 2-1 defeat against Hunslet on Facebook and Twitter. 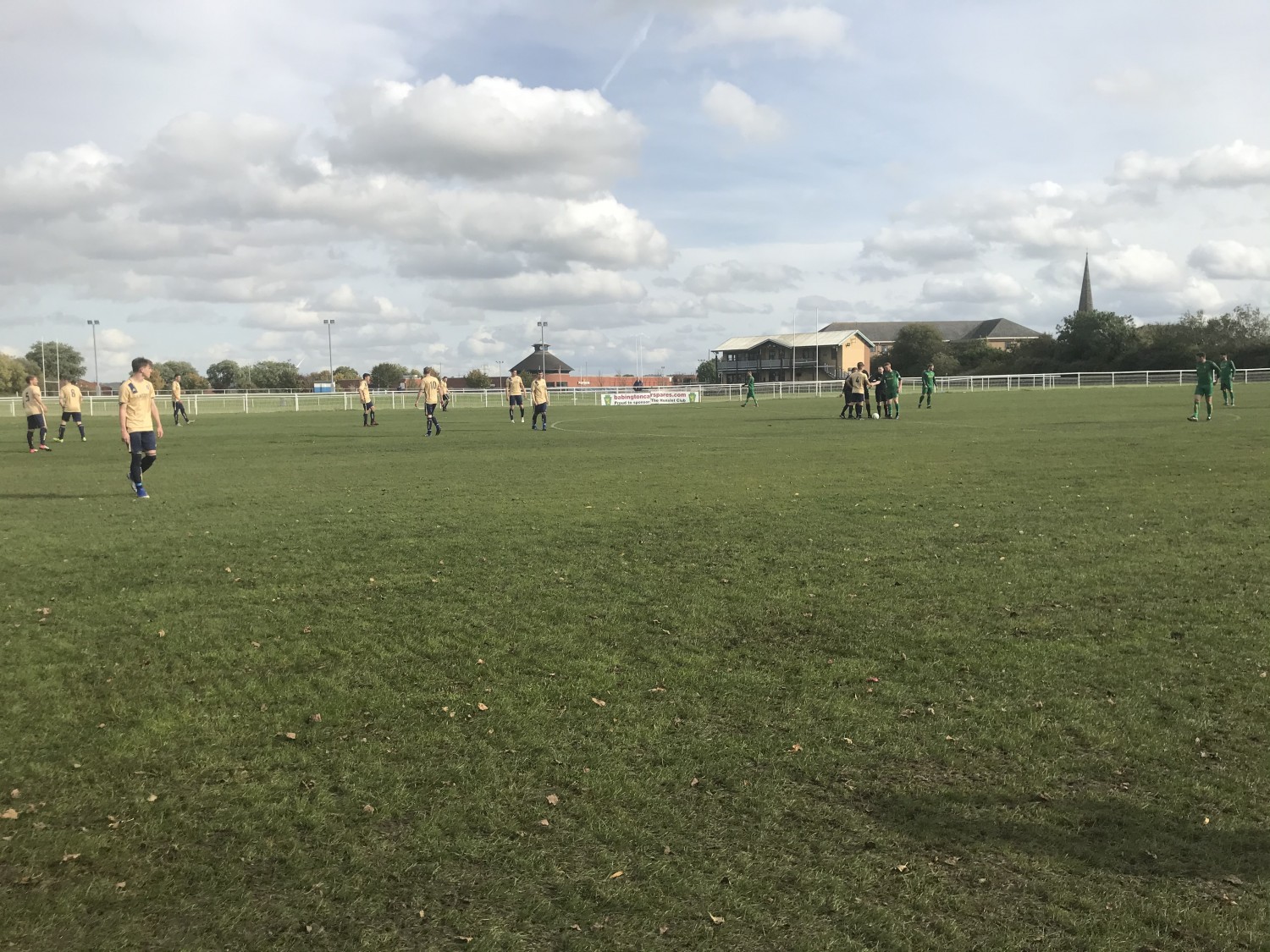