Evan Seaman chats to Ilkley's Harry Brown about playing for the Uni of Leeds football team and time at UFCA.

Last season you played in all of Ilkley Town AFC’s 18 league
games as the team achieved their best league position in their history. Are you
pleased with the way it is worked out despite not having the chance to get
promoted this time?

Yes, I think the improvement we showed as a squad from the
year before to this year was excellent. The coaching team gave us areas to
needed to improve, and largely as a team we were able to do this but that is
not to say we can’t improve next season again. It was frustrating to not get
promoted but we have to use it as motivation a try challenge for the title in
the upcoming season. We were able to show that we can be up there challenging,
being the only team to take points off Beeston last season so a title challenge
has to be the aim.

You were the club’s 2nd top goal scorer last
campaign, with 13 to your name and just one goal behind first-team striker Tom
Smith. Are you happy to get into double figures as a midfielder?

I always aim for double figures as an attacking midfielder,
so it was nice to achieve that this season. It always feels good to be able to
statistically contribute to the success of the team so it would be nice to
match meeting individual goals with achieving team success next season such as
winning a trophy.

Back in November 2019 you were selected for the WYAFL Rep.
squad for am Inter League Cup fixture against Lincolnshire F.A, alongside om
Fleming, James Nightingale and Alfie Heaton. Was it pleasing to be chosen to
represent the division?

It was a great experience to be in the team and to start two
of the games in the competition. We had a really good team and it was
disappointing to lose that game the way we did. It was also a testament to the
success we are having as a club to get so many players involved and to have
Simon on the management team as well. Hopefully, I can be involved next year,
and we can have an even stronger Ilkley presence on the team.

Aside from promotion, what do you hope to achieve with
Ilkley next season?

Definitely some silverware, we were on course for a few
chances this season so it would be nice to do the same next year. Also, as I
mentioned above it would be great to have a really strong title challenge. I
think we have the squad to be able to do this and if we can perform at the high
level, we showed this year consistently I believe we have as good a chance as
anybody.

You have also played for UFCA recently. What was your time
at the coaching academy like?

I loved my time at UFCA, both as a player and as a coach. It
was a great experience to have two years training and playing as an academy
player would. We had a great team with some players who have gone on to do some
great things both on and off the pitch. I also had the chance to play at a high
level both against academies and at semi-professional level so playing wise it
really pushed me to be better. I also had the chance to become a coach at the
junior academy which has been great for my development both on and off the
pitch as you get to see the game from a different side and also it built my
confidence. It is a great programme and it has been good to play against them a
coupe of times as an Ilkley player.

You have previously studied at the University of Leeds. What
was your experience like there?

My time at the University of Leeds was great. I studied
history for three years which is a subject I have always been passionate about
and I studied some really interesting modules, I was even able to write my
dissertation on the technological and cultural impact on sneakers! I have even
carried on studying as I am now taking the qualifications to become a
lawyer. Outside of studying I made some
great friends and it was a good experience to live away from home for a few
years!

Were you able to play for any of the uni football teams? If
so, has this experience helped you to develop as a player?

I spent a lot of time playing football throughout university
as it was a great set up that was very professional. We trained twice a week,
played in the BUCS leagues on a Wednesday, played in an u23s league on a Monday
and had strength and conditioning sessions as well. I did all this alongside
playing for Ilkley and my previous clubs on a Saturday! This really helped me
develop because I was spending so much time playing and improving my football.
We also did a lot of tactical work which even at semi-professional level you
don’t get and that was brilliant to have a more in depth think about that side
of the game. I was also fortunate enough to be captain of the first team for
two years so that was a great leadership experience as I had responsibility
both on and off the pitch. So, football took up a lot of my time at university,
but I wouldn’t have had it any other way! 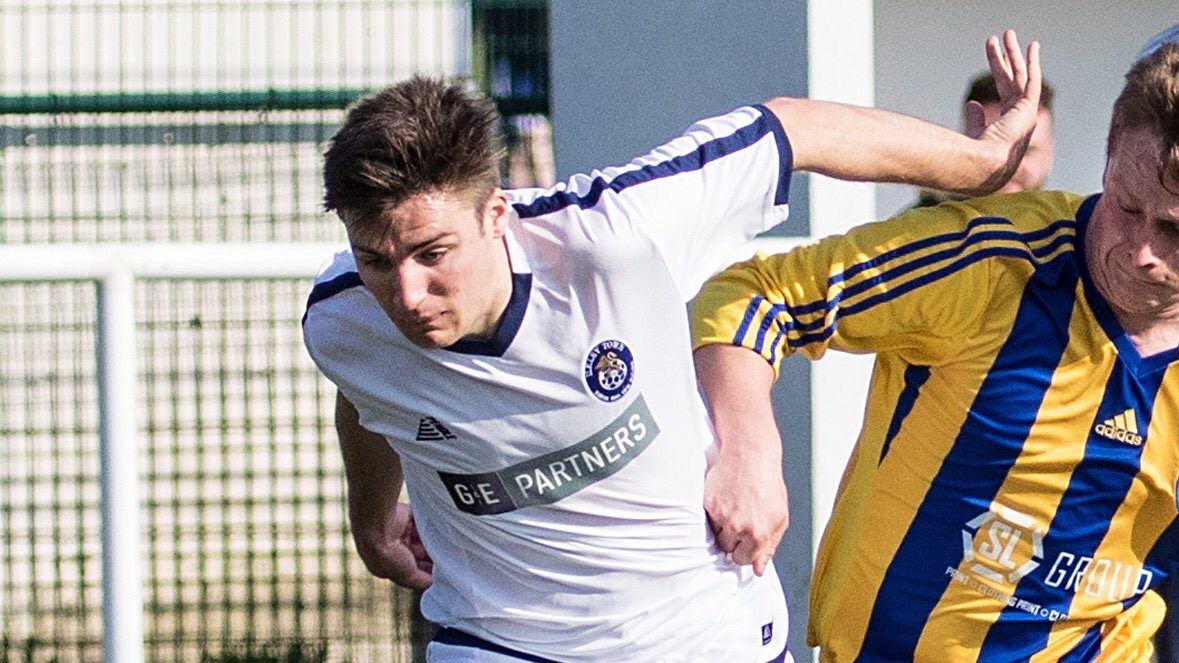