So, following your return to Ilkley Town, what was your
experience in USA like?

Both my recent experiences in the USA have been
unbelievable, unfortunately this time it was short lived, however in the grand
scheme of things it could have been a lot worse. During my short stint out
there I learnt a lot, enjoyed myself, and got to do what I love for a living in
one of the most beautiful parts of the world.

How different was the culture over there compared to the
UK?

There are lots of cultural differences as you would expect
but having spent 4 months there last summer, I have got used to a lot of things
and I love the place. The people are unbelievably friendly and have a real
passion for football (or soccer) which is amazing to see and work with, the
sport is really becoming more and more popular over there.

Are you pleased to have had the opportunity of living in
a different country?

Massively, it is something I had never thought I would do
but it has been life changing. There are a lot of things I miss when I go over
there, Ilkley’s 4G being one of them! But you cannot beat waking up to clear blue
sky’s and sunshine every day and going to do the job you love. It really gives
you a different outlook on everything.

Was it tough being so far away from home?

3 years living away from home at university definitely
helped, although it is a bit different when you’re on the other side of the
world. But like I say there is definitely stuff I miss, family, friends, fish
and chips, the list goes on. However, if you are ever going to live away from
home, Los Angeles is not a bad place for it.

Did the impact of the coronavirus play a part in your
decision to return to the UK?

Massively yes, unfortunately due to the pandemic my whole
football season was cancelled therefore there was no reason for me being out
there, so I thought coming back home is the safest thing for me. The timing was
really unfortunate, but it is what it is, I’m home and healthy so it could be a
lot worse.

Are you excited to be able to play for Ilkley again when
the new season starts?

I cannot wait to get going again, I was gutted to have
missed the last part of the season. We now have some serious unfinished
business in this league as well so that will drive us on even more to be able
to perform next season.

Had you been following Ilkley’s impressive performances
last season? Are you confident in helping the team to get promoted to semi-professional
level for the first time in the club’s history?

Yes, whilst I was away, I kept tracks on through social
media as well as speaking to a few of the boys. I was happy with the
contribution I made in the 11 games I played last season whilst I was in the
country. The last 3 seasons that I’ve been at the club we’ve progressed
massively each year, taking the club as a whole to a new level, so there’s no reason
why we can’t keep progressing, it’s a really exciting time to be a part of the
club.

Last season the team had the third best defence in the
league, conceding just 13 goals out of 14 games at home. As a full-back, will
you be looking to help the defence to continue to keep the goals out?

Definitely. It is something we have always struggled with,
but we have certainly improved year on year. I think I had a decent record last
season so hopefully that stands me in good stead to help the team defensively
next season.

In your final season at Ilkley before leaving to go to
the US you managed to score three goals, are you aiming to contribute to the
team’s goalscoring tally again in your second spell at the club?

It is always nice to get on the scoresheet, and as the lads
know I consider myself a very attacking full-back, too attacking some of them
might say! I think all 3 of those goals were actually freekicks so fingers
crossed I can keep up that record from set pieces, as well as chipping in with
a few goals from open play. 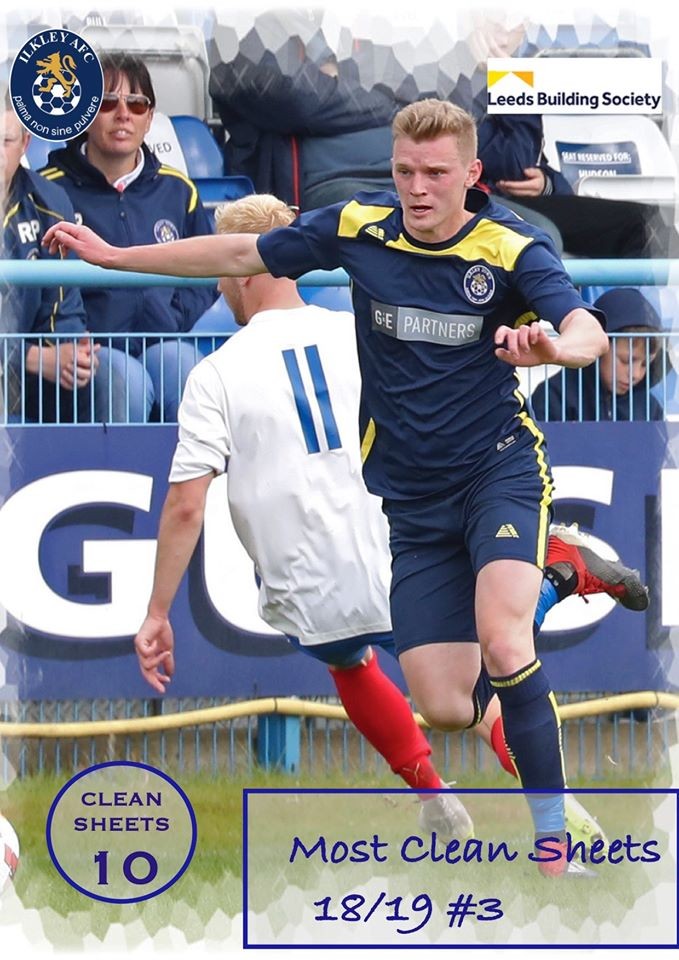