In your role as captain, how has the squad been coping during these unusual times?

The club has responded as it always does to adversity,
pulling together and working hard. Playing football has of course taken a back
seat for the meantime but the lads have been looking after themselves and keeping
fit. Credit to the management team they have kept the squad busy, we have
competed in running and core fitness challenges every week. We have found out
Harry Brown actually has three lungs not two. Like everyone else, the players
have kept in touch using technology, taking it in turns to host quiz and poker
nights. We are particularly proud of our key workers Alfie Heaton and Tom Smith
who have kept this country going, making sure we’ve all got enough flour and
toilet roll.

What things have you been doing to keep yourself occupied without football to look forward to every
weekend?

Personally, I have found it quite easy to remain busy. I’m a
teacher and my school is still open in a smaller capacity but apart from that,
I think it’s important to get out of the house as much as possible and keep
yourself motivated. What currently motivates me is not ending up with a haircut
like Smithy, so the missus has had to watch her fair share of YouTube fading
tutorials.

In the 2019/20 season
you started all 18 league games as Ilkley were on course to achieve their best
league finish before the season was abandoned. How has the team developed on
and off the pitch since the start of the campaign?

On the pitch I would say a winning mentality. That does not
come overnight but you work on it constantly. It is the way you approach games
and operate as a club; we go into every game now determined and expected to
win. That showed in our league position but also in the three cup competitions
we remained in. Off the pitch, Ilkley Town work just as hard as they do on it
but for us players, it is hard to find a better place to come and enjoy your
football.

Ilkley were the
highest goal scorers in the West Yorkshire Premier Division last season, with
57. Are you pleased with the way the team has been able to produce an
entertaining attacking style of play?

We are very proud of the brand of football we play and the reputation
we have built as a club. When you hear compliments from opposing managers and
players, you know you are doing something right! We have worked incredibly hard
in training to get to where we are though. Training is always focused on how we
can improve as a starting 11 or in our small units. That being said, the gaffer
is never satisfied. He should have ‘But we can do better’ tattooed across his
chest. But Simon, Sam and Dave put a lot of work into that attacking philosophy
and it filters down through the entire club.

Your home form was
very good last season, winning 8 and drawing once. What has been the key to
being so hard to beat at home?

Balance. We have changed a little from last season in terms
of tactics and certain roles on the pitch, particularly our full backs. On the
3G you can be particularly vulnerable to quick counter attacks and transition as
there is a lot of space, we seemed to get to grips with that better as the
season went on. Of course, wins build confidence and makes it easier, to win 13
out of 14 at home was a brilliant achievement. With a less consistent back
four, Monty came in and took his spot in goal and was a rock for us for most of
the season, which also made a huge difference.

Will the team’s recent impressive league performances give you confidence going into next
season?

Yeah of course but last season counts for nothing, we start
the season from scratch with 0 points like everyone else. I think the challenge
may be even greater as we have established ourselves now. Being regarded as one
of the stronger teams in the league, other teams will see it as a scalp playing
against us and there will be added pressure to live up to the expectations,
week in week out.

Do you think the return of former key players such as Joe Garside and Matt Whitehead will help
the team to achieve your goals in the future?

Absolutely. Two great players and two great lads to add
competition to the group, particularly at RB. I’m not sure Matty has played
much football recently though, looking at the Strava records it seems like he’s
done nothing but practice running last season. Maybe he is learned how to run
in straight lines as opposed to chopping every five metres. The boys will have
to rally around Garside as well, poor lad thought he would be sipping pina
coladas in California all Summer, instead he will be pulling us pints back at Everybody’s
when it reopens.

Aside from promotion,
what are your aspirations with the club in the upcoming season?

Keep progressing. We want to enjoy what we are doing, and we
want to be proud of our football club.

Do you think Ilkley’s
current team are good enough to win some silverware?

I know we are. Not being able to lift any silverware is my
biggest disappointment from last season. You only have to sit in the changing
room these days and look around, this squad has huge potential. Luckily, we’ll
have a new season to put it right and winning the title is the target. 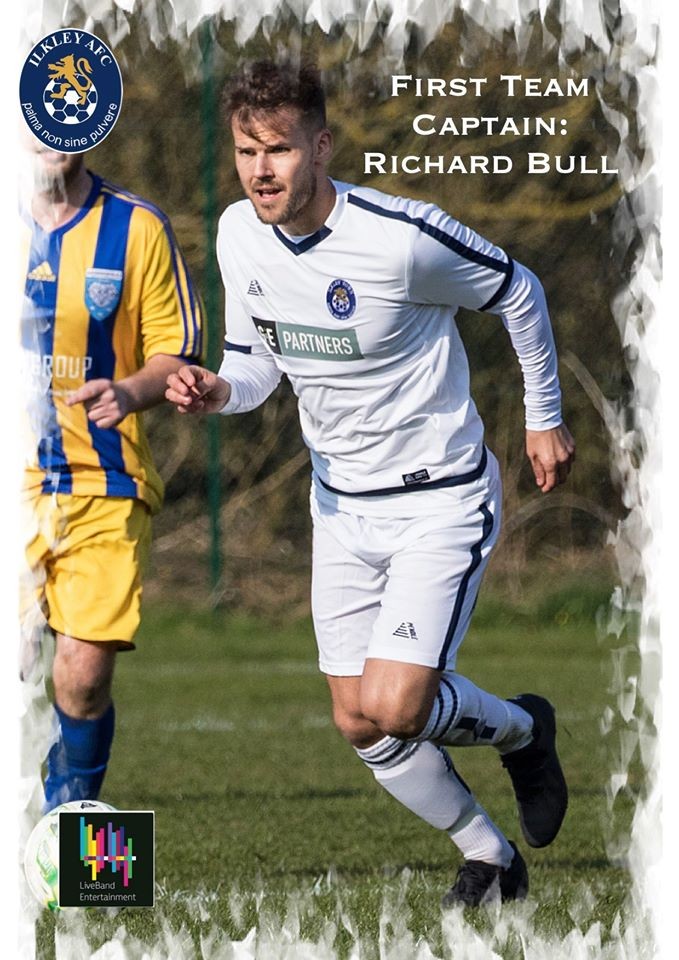