At the beginning of the game it was the visitors who started brightly as George Gomersall opened the scoring after James Turland went on an overlapping run down the left flank before playing it to Gomersall across the penalty area who’s shot just crossed the line.

However, Ilkley’s lead didn’t last long as the hosts capitalised on a lapse in concentration from the away team and Eddie Scargill got the equaliser for Hall Green.

The home team didn’t rest on their laurels and got their second goal of the game just before the break when Jamie Millar’s long-range effort hit the back of the net to make the score 2-1 to Hall Green.

In the second half Ilkley were pushing for an equaliser and had a chance from a free-kick about 20 yards out but Gomersall’s effort at goal was parried away from danger by Lee McGrath.

But as the game went on it became clear that the away side struggled to adapt to the playing surface and Hall Green had a decent opportunity to finish the game off when Chris Smith got on the end of a cross from close-range but Adam Montague-Millar did well to make himself big and avert the danger.

The result has ended Ilkley’s club record of 12 consecutive wins, but Simon Armstrong’s side remain in second place on 37 points. Ilkley are at home to Field next Saturday
in an important promotion clash as Field sit third in the table just one point behind Ilkley. 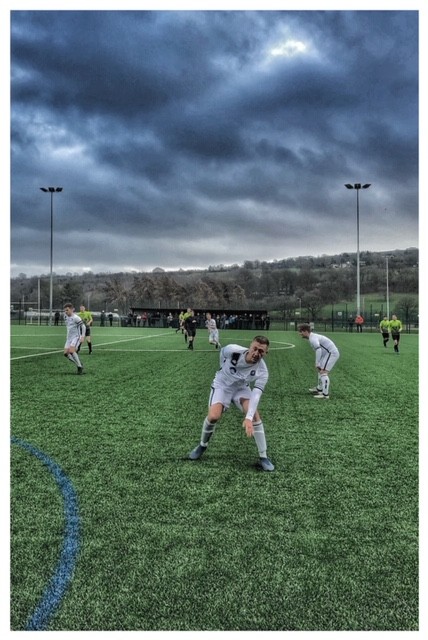