Town travelled to Knaresborough on the Easter Bank Holiday weekend for their final league fixture of the season. As such the weather was sweltering and both teams seemed to have made personnel changes.

Knaresborough came into this game looking to extend a fine unbeaten run and Town knowing a win would secure fourth place in the table.

From the start the game had a slow tempo, Town trying to play their passing game and Knaresborough attempting to press early and force an error. In the early exchanges neither team created an opportunity as both teams gradually worked their way into the game.

It would be Town who would have the first real opportunity as for the first time in the match the ball would be played through the thirds with both tempo and quality. The ball eventually found its way to Tom Smith inside the eighteen yard box. Smith flicked the ball over the oncoming defender, who’s arm was raised, making contact with the ball and the referee without hesitation pointed to the spot. Smith once again took the responsibility, but on this occasion screwed his kick wide of the post.

Town would be in front on twenty five minutes. A free kick was awarded on the left hand side and Harry Brown delivered a whipped cross to the back post. The Knaresborough goalkeeper came to deal with it but soon realised he wasn’t going to make it. Darren Munday rose wonderfully and directed his looped header into the far corner of the net, 0-1.

The lead wouldn’t last as just prior to half time Knaresborough would find an equaliser. Town failed to deal with a long ball, the Knaresborough winger finally bringing it down on the right hand side, he drove inside far too easily and clipped a lovely ball into the path of his centre midfielder. A slight mis-control before a high lobbed finished that Tim Edney and Darren Munday did their utmost to divert from danger but were unable to stop crossing the line. Town were punished for sloppy defending and not tracking runners, 1-1.

In the second half the sun took its toll on all the players, Knaresborough retreated deeper into their half seemingly content with a point as the half wore on. Town had much more of the ball and more control of the game but again struggled to create clear cut opportunities.

One fine move down the left hand side demonstrated what Town could do with better decision making, tempo and quality. Tim Edney released Darren Munday within a few touches Dave Hancock, Harry Brown, Tom Fleming and Tom Smith had all been involved and the ball was in the Knaresborough penalty area with Matt Whitehead in on goal. Whitehead testing the Knaresborough goalkeeper who was equal to his effort.

As much of the ball as Town had, a mistake would almost hand Knaresborough the intitiative. A long ball forward was marshalled by Harry Higgins, as it bounced Higgins lost his footing and fell. The Knaresborough forward was onto it in a flash and tested Tim Edney from the tightest of angles but Edney diverted the danger away for a corner.

Town would fashion one final opportunity right at the end of the game. George Gomersall making his first appearance of the season would find some space on the right hand side. He committed two defenders and looked to find Tom Fleming’s reverse run. Unfortunately Fleming took his eye of the ball at the moment the ball was passed and Knaresborough cleared the danger for a share of the spoils.

After the game manager Simon Armstrong had this to say;

‘The weather made it a physical challenge for both sets of players but on the whole I thought Knaresborough worked incredibly hard and we were a little sloppy and sluggish in our play. Overall a point was probably a fair reflection of the game. For us now our focus turns to the cup competitions, starting with a tough encounter against local rivals Pool in the Wharfedale District Cup Final, then a League Cup quarter final against Huddersfield YM.’ 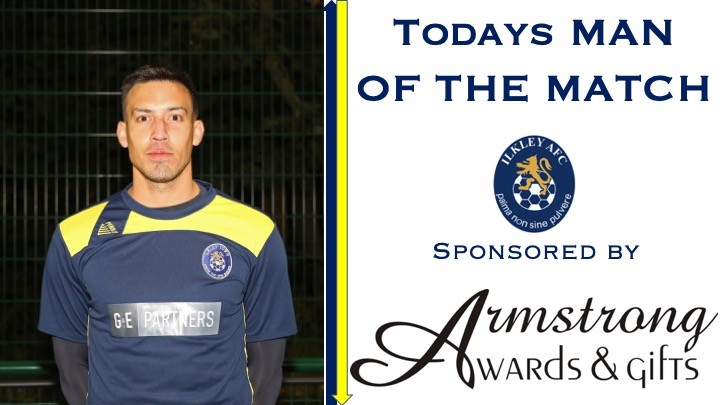