In what was the final game for Ilkley Town AFC for at least
another six weeks, the Baht’atters completed a spirited comeback against
Farsley Celtic Juniors FC, writes Matthew Lambe.

Farsley could not have asked for a better opening, breaking
the deadlock in only the 10th minute. Their right winger rounded
keeper Tim Edney to score from a tight angle, having latched onto a cross-field
through ball.

The visitors could have easily doubled their advantage moments
later had it not been for Edney’s quick reflex save. He dived down to deny a close-range
header from a corner, keeping his side in the game.

At the other end of the field, the hosts were creating
chances of their own. Harry Brown unleashed a long-range strike on target,
whilst George Gomersall aimed a looping shot towards the top corner, although
it was narrowly wide.

The hosts were still vulnerable to counter attacks from the
opposition, and a superb sliding challenge from centre back Scott Stein was
necessary to prevent Farsley from converting a one-on-one.

On the stroke of half time, captain Richard Bull fired a
speculative attempt on goal, but it whistled over, leaving Simon Armstrong’s
side to go into the break a goal behind.

In the second half, Ilkley seemed much more confident in
possession, subsequently leading to a streak of chances that caused the
opposition trouble.

A bouncing cross was fed into Joe Chilaka, but he was unable
to finish a nicely worked team move. Chilaka came close to finding an equaliser
again, when he exchanged a neat one-two pass on the edge of the box before
volleying towards goal, forcing a save from Farsley’s keeper.

In the 70th minute, the Baht’atters were rewarded
for their sustained pressure with an equaliser from full back Macauley Smith. His
strike nestled in the bottom corner following a goalmouth scramble, making the
final 20 minutes an intense encounter.

Approaching the 90th minute, Ilkley found another
goal, courtesy of Chilaka. He chased down the keeper, and blocked the clearance,
before tucking home into the empty net, giving the hosts the lead for the first
time.

A final chance for Farsley kept Ilkley on their toes, when
in the dying seconds of the game a close-range effort from a corner scurried
inches past the post.

However, the hosts clung on to register an impressive comeback
against a highly competitive Farsley side.

This victory sees Ilkley extend their streak of 10+ unbeaten
matches, but the lockdown issued on Monday night postpones their season for at
least another six weeks, halting hopes of promotion for the near future. 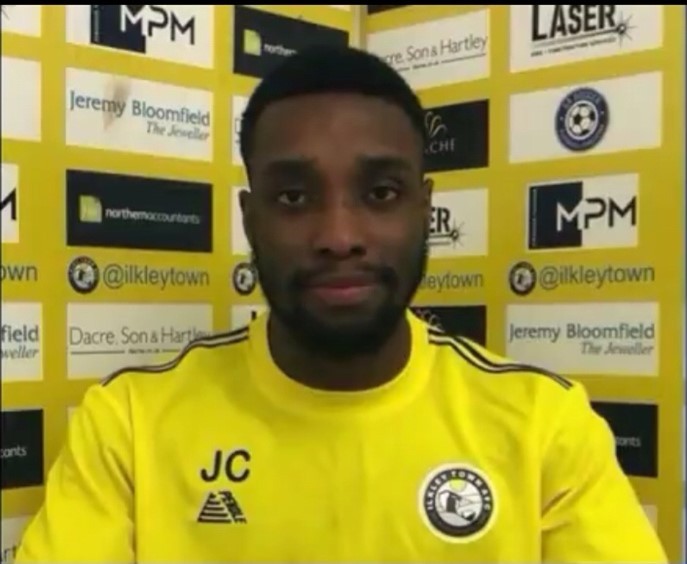