This Saturday Town return to league action as they travel to Whitkirk Wanderers.

Whitkirk are currently locked in mid-table enjoying both positive and disappointing results with something of a mixed campaign so far. Last Saturday they defeated Carlton Athletic to move into 8th position and only six points behind second placed Town.

Town come into this game after progressing into the quarter finals of the Wharfedale District Challenge Cup. Manager Simon Armstrong had this to say;

'We found ourselves three nil up inside the first fifteen minutes which made it a more comfortable afternoon than it could have been. Credit to Burley they continued to work hard and make things difficult but overall we were fitter and more organised. With Whitkirk its difficult to know what to expect as the starting line up seems to change frequently and they've had some really mixed results. Regardless we anticipate a strong outfit, especially at home and I'm sure it will prove a difficult afternoon. ' 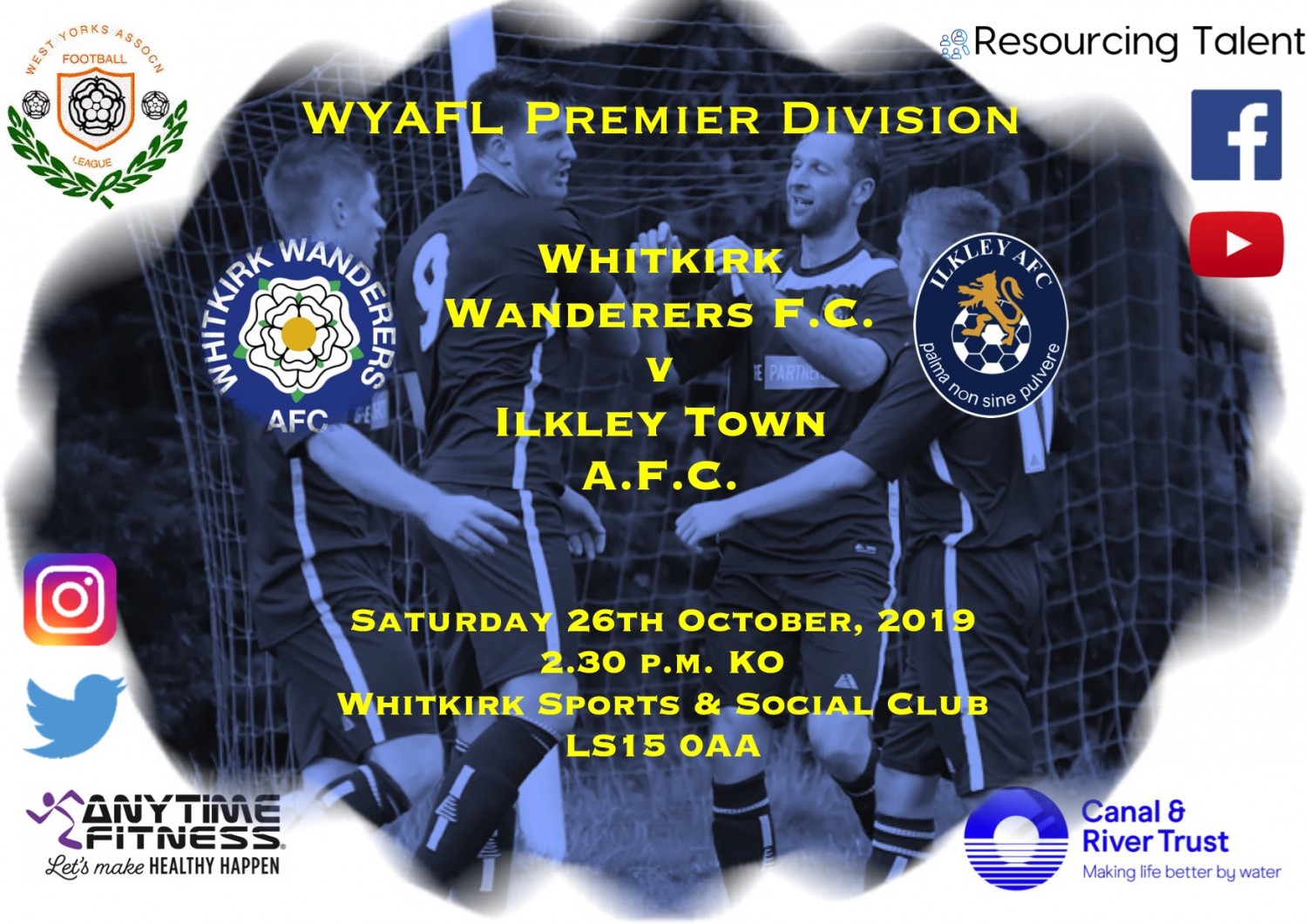