Evan Seaman chats to under 21's manager Iain Mcdonell about his role in the academy and his time as a coach at Aire Wharfe.

You have recently become the under 21’s manager for
Ilkley Town AFC. Are you excited about starting your new role?

Yes, I am really excited to be returning to the U21 setup. My first spell with the U21 was
in the 2016/17 season for 2 and half seasons. That was a different Ilkley Town back then. This is a totally different looking Ilkley
Town nowadays. The old “Academy” team managed by Anthony Hart has been replaced
with the U23 squad managed by Sam Dexter. We trained up at St Mary’s School which was a fantastic facility but now
we have our own 4G, Champions League Standard, facility right here at Ben
Rhydding Sports Club. There’s some great young talent at the club and helping
to harness, guide and develop that talent with game understanding is very exciting.

What made you decide to work at the club?

I started, like most other coaches at the club, helping out
as a dad with Jamie’s team (my eldest son) back in 2008/2009. I formally joined
the 4 other dad’s helping to manage the age group. I achieved my FA Level 1 qualification along
with Mark Wood the team manager and continued to educate myself at how to
become a better coach. In 2013 I felt I wasn’t really doing the best job I could. So to help the club and I went and got my FA
Level 2 Qualification supported by the Club. This helped to take me to the next level in football coaching. The Club also gave me the opportunity to work
with Nick Fawell from the FA who has helped me grow as a coach personally but
also for the benefit of the club.

Do you aim to improve the club’s academy, so more players
break into the first team?

In short, yes. Having more players breaking into Ilkley Town
First team, like Alfie Heaton did last season at 16, is something I believe the
Senior Coaching staff supports. The club isn’t afraid to give youngsters a go
when appropriate. Competition for places
across all senior teams be it the U21, U23, the Second team and of course the
First team is great and to give Simon that headache is a good thing! I am keen to challenge players if they are
ready physically and psychologically.

Do you hope that you time in the academy will help you to
become a first team coach in the future?

That’s an aspiration for sure. But I need to learn more from the First team
coaches like Dave Houlston as well as Simon and Sam. I would like to take my learning to the next
level (Level 3) but that requires time which with a family (who I thank for
their patience!) it’s difficult. So for
now I am happy to observe and learn from others.

You are also an academy coach at Aire Wharfe Elite
football centre. Have you enjoyed working there so far?

The Aire Wharfe Elite Centre is a great addition to coaching
services available in the local area. It’s been great to work with smaller groups of players on the
psychological side of coaching (as seen in the 4 Corners model) as well as the
technical and physical aspect. Being able to work with players on aspects like the importance of movement off the
ball has been good too. This will benefit all the local teams who have players at the Elite Centre. During our social distancing session players
have continued their technical learning given by all the great coaches at the Elite Centre.

Has your spell at Aire Wharfe helped you to improve your
coaching skills?

Without a doubt you are learning all the time about how to
deliver, how to adapt a session if, on reflection, it didn’t achieve the
outcome I was after. You learn about
peoples characters too. This helps when
trying to understand how players (people) work. Coaching through the age groups
at Ilkley Town gave me a good grounding; the Elite Academy gives the
opportunity to focus of detail.

What do you hope to achieve in your career as a coach?

When I started out as a “dad coach” it was to achieve
winning everything!! However as time has
passed I have read more about coaching, about the game, about differing philosophies
of different coaches. Through this you come to realise that as long as those you have helped coach turn out to be
quality member of society who happen to love football then that’s the job
done. It’s not about me it about; it’s about the future. Seeing players I have coached
start in any team is good enough for me. 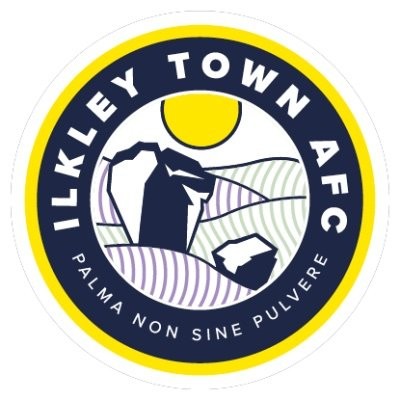