In the third minute, the visitors won a free kick just
outside the box and Joe Garside, keen to sustain his reputation as an exquisite
free kick taker, stepped up. His brilliantly struck shot beat the wall and the
keeper, but smacked against the crossbar, denying him a third free kick goal in
four matches.

At the opposite end, Rawdon had a chance of their own, when
their striker muscled his way past both defenders before laying the ball off to
the left winger. As he was lining up his attempt, goalkeeper Tim Edney rushed
off his line to narrow the angle, successfully preventing a goal bound shot.

Shortly afterwards, Ilkley had a string of close attempts,
including a low shot from Tom Fleming following on from a pacy dribble, a
chipped effort from Tom Smith, and a shot from Will Giles that forced a great save
by the opposition goalkeeper.

The Rawdon keeper continued his fine form only moments
later, when he denied Fleming with a fabulous fingertip save. Smith followed up
with a rebound, but from a tight angle he hit the post.

The Baht’atters were eventually rewarded with a goal on the
stroke of half time. Fleming broke the deadlock from close range following a
well-worked short corner from Garside and Harry Brown.

Ilkley commenced the second half in a similar fashion,
except this time they had the wind in their favour.

Once again, the visitors won a free kick in a dangerous
position and once again Garside lined up to strike. From the left side, he
blasted the ball with perfect precision and power into the top right corner,
giving himself his third goal via a free kick in pre-season.

In the 70th minute, Darren Munday almost scored
his first goal of the season, after his close range header from a corner was
well saved by Rawdon’s keeper.

Despite being two goals up, Ilkley still had to watch out at
the back, after the host’s substitute striker slipped in behind the defence, and
showed great technique to chip his shot with the outside of his foot, forcing a
save from Edney.

The visitors almost added a third goal in the final minutes,
when Alfie Heaton produced a great run down the right flank, before sending in
a low cross that was almost met by Smith for a tap in. 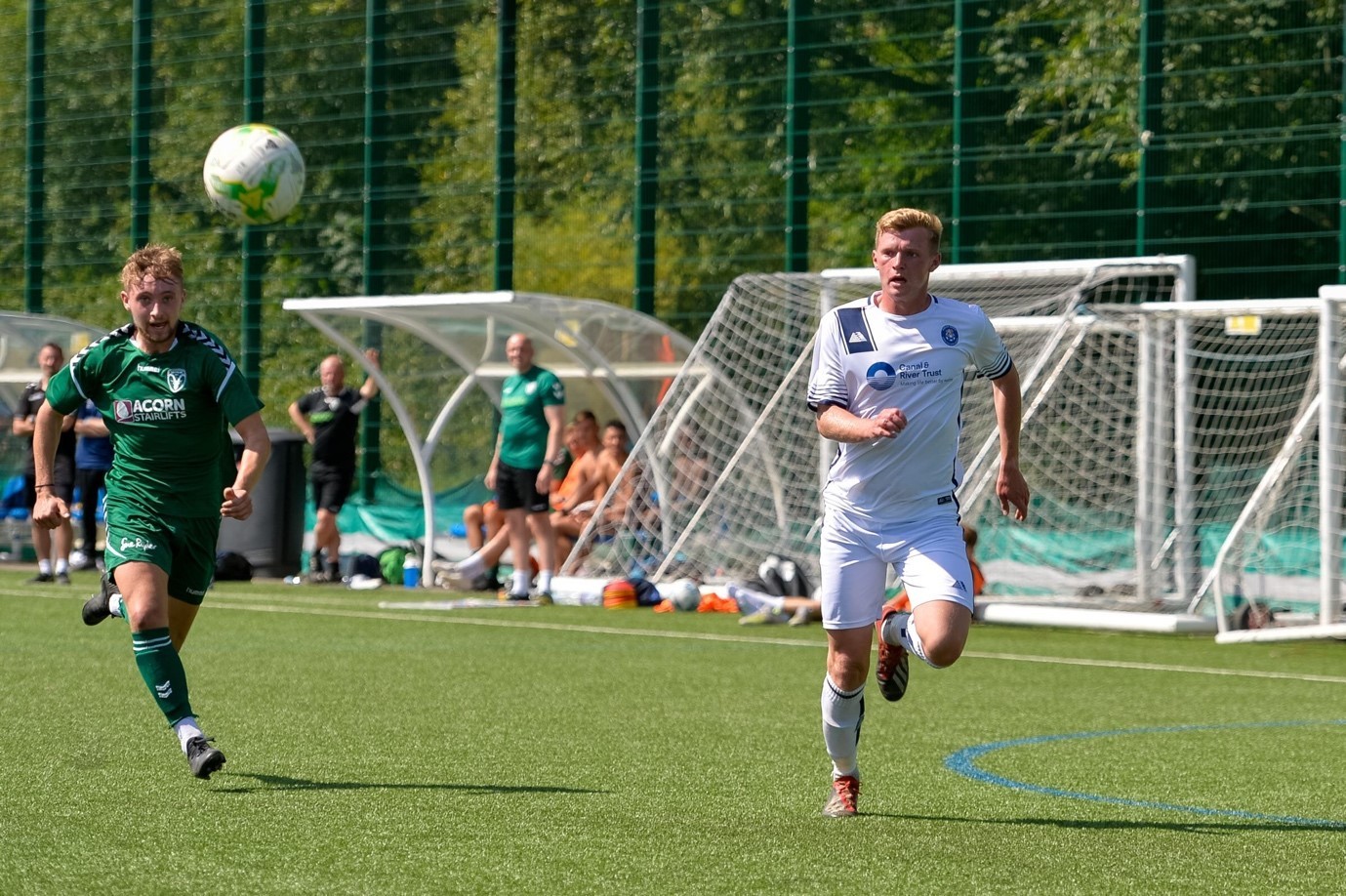