Evan Seaman chats to Revserves' manager Oli Musgrave about this campaign and how Lee McGowan is "different gravy".

Earlier this year you won West Yorkshire Alliance manager
of the month for February, alongside assistant Peter Illif. Was it nice to be
given recognition for your performances with Ilkley Town AFC’s reserves?

I think it is always nice to receive individual accolades
but in reality, any award belongs to the players and the club for an incredible
season.

Ilkley Town Reserves were on course to win the title in
the Alliance Division 2 this campaign, compared to the 2018-19 season when you
finished 5th. Are you pleased with the team’s rise up the table despite not
being able to finish the season?

The progression is undeniable. We always knew that the first
year would be a learning curve, but we were competitive throughout the 18/19
season. The manner in which this season concluded doesn’t really detract from
what the boys have accomplished in my opinion. It is obviously a massive shame
that they have been deprived of their title, but I know it will only make them
hungrier.

You were unbeatable at home this season, winning all 10
fixtures while scoring an impressive 85 goals before the season ended abruptly.
Does this give you confidence to go one step further and get promoted to
Alliance Division 1 next season?

Absolutely! We were potentially just 1 game away from
securing the division title when the season was interrupted, so promotion is an
absolute minimum expectation for us.

Ilkley Town Reserves were the only team in the division
to score more than 100 goals (113) in the 2019-20 season. Do you plan to
continue to play this free-flowing attacking football?

That is how I believe the game should be played and it is
all I know. As a football club we endorse a very exciting brand of football, it
is phenomenal to watch and ultimately why I came here.

The team also had the best defensive record in the
league, conceding just 17 goals in 16 games. What has been the key to your
success at the back?

I do not think there is a singular factor to be honest. The
defensive unit work really hard, most of them are still learning a new
position. In the absence of organic Centre Half’s and Full Backs we have had to
manufacture them, Ben Bradley is a fantastic example. The boy’s ability to
retain the ball from front to back certainly decreases the number of attacks we
have to endure.

Ilkley’s Lee McGowan was top goal scorer for the
division, with 29 goals. How important have his performances been to the team
recently?

It is really
difficult for me to describe how important Lee is to the squad. I would wager
he had 25+ assists on top of his goals. You never want to single someone out in
such a talented group, but Macca is different gravy. We are very fortunate to
have a player of his calibre at the club.

As well as getting promoted, what are your priorities for
Ilkley Town Reserves next season?

Pete and I have spoken at length during the break and we
both agree we can push the group further. There will be an expectation that we
can competently manage the cup competitions alongside our league campaign. Ultimately,
I think a league and cup ‘Double’ would be a fitting aspiration. 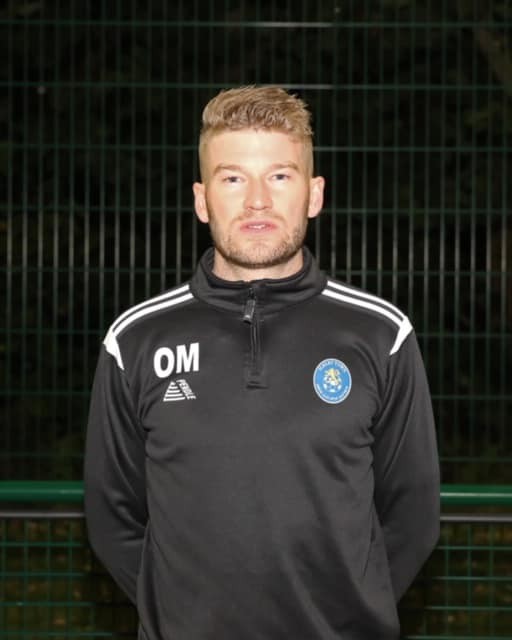