The hosts started the game brightly, breaking the deadlock
in the 9th minute. Harry Brown received possession on the edge of
the box before blasting the ball into the top left corner, giving the
Baht’atters an early advantage.

Brown doubled his tally within 10 minutes to give Ilkley a two-goal
cushion. After cutting inside, Brown played an exquisite one-two with Tom
Flemimg before shooting back across goal beyond the Grassington keeper.

Barely four minutes later, the hosts added a third goal, with
Alfie Heaton driving down the wing before sending in a low cross towards Will
Giles, who tapped the ball home.

Keen to start a comeback, the visitors stepped up a gear and
started to pressurise Ilkley and were rewarded with an opportunity on goal.
Their striker found himself through on goal but was denied by keeper Tim Edney.

In the second half, the hosts continued their performance
from the opening 45 minutes, maintaining possession and creating opportunities.

Ilkley’s sustained pressure paid dividends in the 52nd
minute when Joe Chilaka broke the offside trap and slotted the ball into the
bottom right corner.

Grassington’s response came in the form of a chipped through
ball towards the left winger, who struck it first time across goal in the 70th
minute, dashing Ilkley’s hopes of a clean sheet.

The hosts would’ve added more goals if it hadn’t been for Grassington’s
goalkeeper, who made a stunning save to deny Ben Atkinson’s close-range
attempt.

Joe Garside rounded off Ilkley’s performance with a touch of
class. His free kick curved around the wall and nestled in the back of the net,
scoring his second free kick in two consecutive games.

A resounding victory from the Baht’atters is just what was
needed after Saturday’s disappointing result, and this game should see them
return to winning ways. 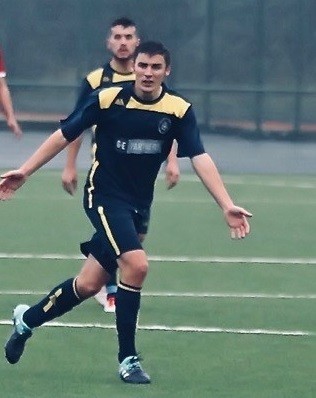