Six of the best as Ilkley Town continue their 100% start

Ilkley’s attacking movement blew the away side away in the second half as Simon Armstrong’s side won 6-2 in their opening home fixture.

The home side got off to a flyer in the 10th minute when Harry Brown ran dribbled down the middle then played it to George Gomersall whose first time shot hit the bottom right corner to open the scoring.

But Huddersfield Amateurs responded quickly when their no 11 caught Ilkley’s defence off-guard to make the score line 1-1. The away side almost scored again when their no 7 raced down the right flank before crossing it to no 11 but his header flashed over the top of the bar.

Ilkley also had a chance to restore their lead just before the break when Tom Fleming found some space outside the penalty area but his shot was parried by the keeper.

The home side kept applying pressure on Huddersfield Amateurs in the second half and got their reward not long after the break when Tom Fleming’s floated cross reached Harry Brown who netted his first goal of the game. Then Ilkley made their first substitution as Benji Claydon replaced Gomersall to give the hosts’ attack some more pace.

But the away team pegged Ilkley back again when their no 14 found himself unmarked inside the box before getting the visitors back in the game but their comeback did not last long as Ilkley’s sub Claydon found himself one-on-one with the keeper following a Nicc Hewitt through ball, and the no 17 coolly slotted the ball past the keeper.

Claydon didn’t rest on his laurels and shortly doubled his tally when he beat the last defender for pace down the left wing before rifling the ball into the top corner to make the score line 4-2. Ilkley were now in complete control and made it 5-2 when Brown also got a brace after a Tom Fleming assist.

Claydon put the icing on the cake for Ilkley as he completed his hat-trick just before the full time whistle via a deflection. 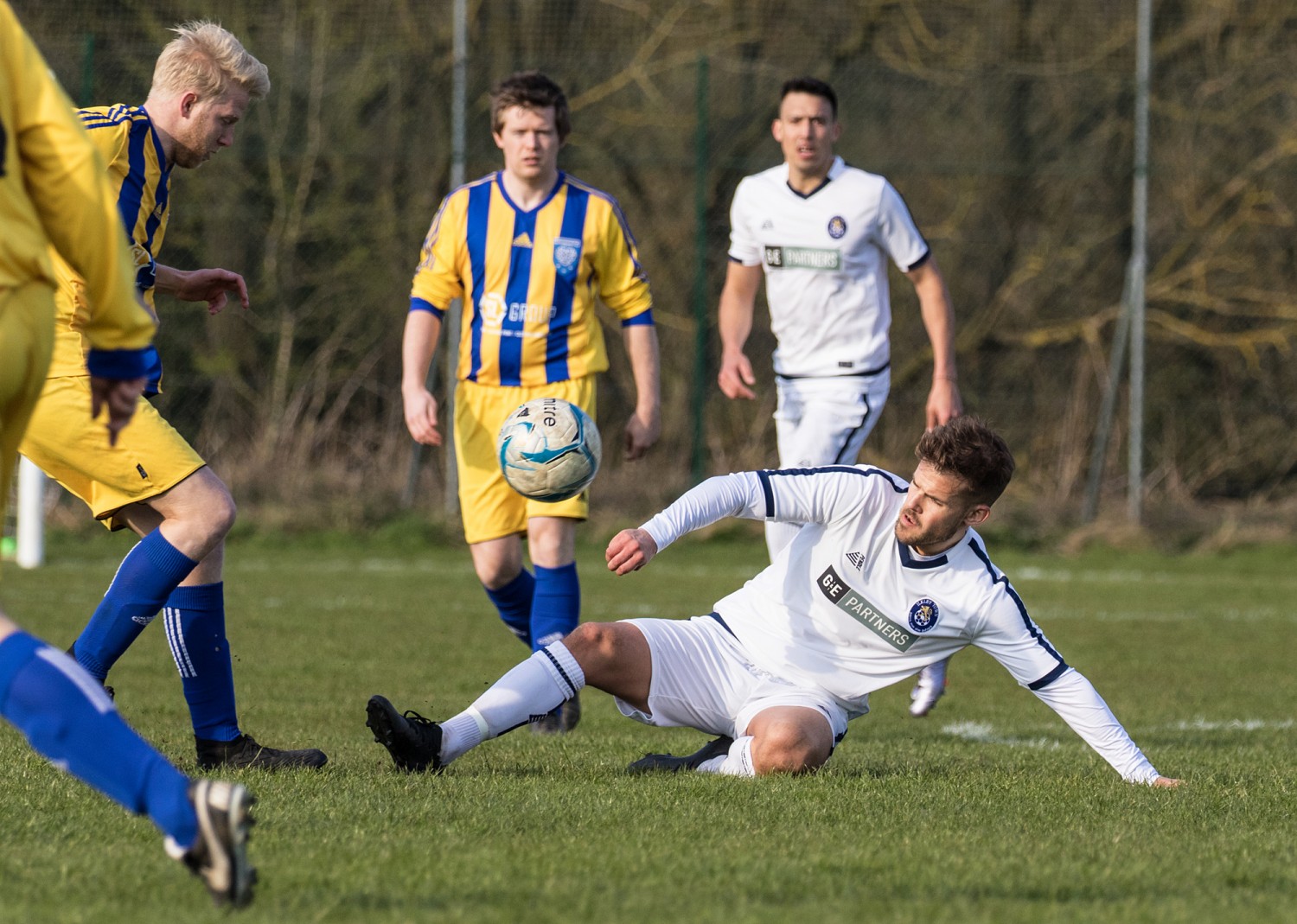