Ilkley Town AFC continued their perfect start to the season
after mounting a spirited comeback over a competitive Whitkirk side on a wet
Saturday afternoon, writes Matthew Lambe.

The hosts began the game brightly, dominating the
possession. This formed several chances, including close range headers for Adam
Davey and James Turland, a shot dragged just wide following great skill from
Matt Whitehead, as well as a powerful long-range effort from Will Giles.

Despite this, the Whitkirk defence remained strong, and Ilkley
couldn’t convert any of these chances into goals.

The Baht’atters paid the price for their missed opportunities
in the 35th minute, when goalkeeper Tim Edney failed to control an
overhit through ball from the visitors, allowing Whitkirk striker Scott Jones to
simply tap the ball into the empty net.

Against the run of play, Ilkley headed into half-time a goal
behind.

In the 55th minute, Josh McLean doubled Whitkirk’s
lead from a close-range free kick. Instead of opting to shoot over the wall, his
shot blasted beneath the wall, nestling in the bottom left corner.

Determined to maintain their winning streak, Ilkley began to
pile on the pressure, and this paid dividends in the 60th minute.

Turland beat the defenders to the ball after he found
himself on the receiving end of a George Gomersall cross, and tapped the ball
home to give Ilkley a lifeline.

Keen to continue this momentum, Ilkley added a third in
quick succession to take the lead, thanks to a top corner strike from
Gomersall. Yet another low cross was played across goal, this time from Alfie
Heaton, and Gomersall was in the right place at the right time to smash the
ball towards the top corner.

At the opposite end, Tim Edney made a good save to deny an
equaliser from Whitkirk striker James Danby.

In the 90th minute, Nixon was brought down by the
keeper inside the box, resulting in a penalty for the hosts. Gomersall stepped
up to take and sent keeper Paul Diamond the wrong way as he tucked his penalty
away into the bottom left corner.

With the last kick of the game, Ilkley came close to adding
a fifth, when Whitehead almost scored with a flick after receiving a through
ball from Dover.

Despite a nervy first 60 minutes, the Baht’atters were able
to pull off a stunning 4-2 comeback to continue their perfect record, thanks to
neatly worked goals from low crosses. 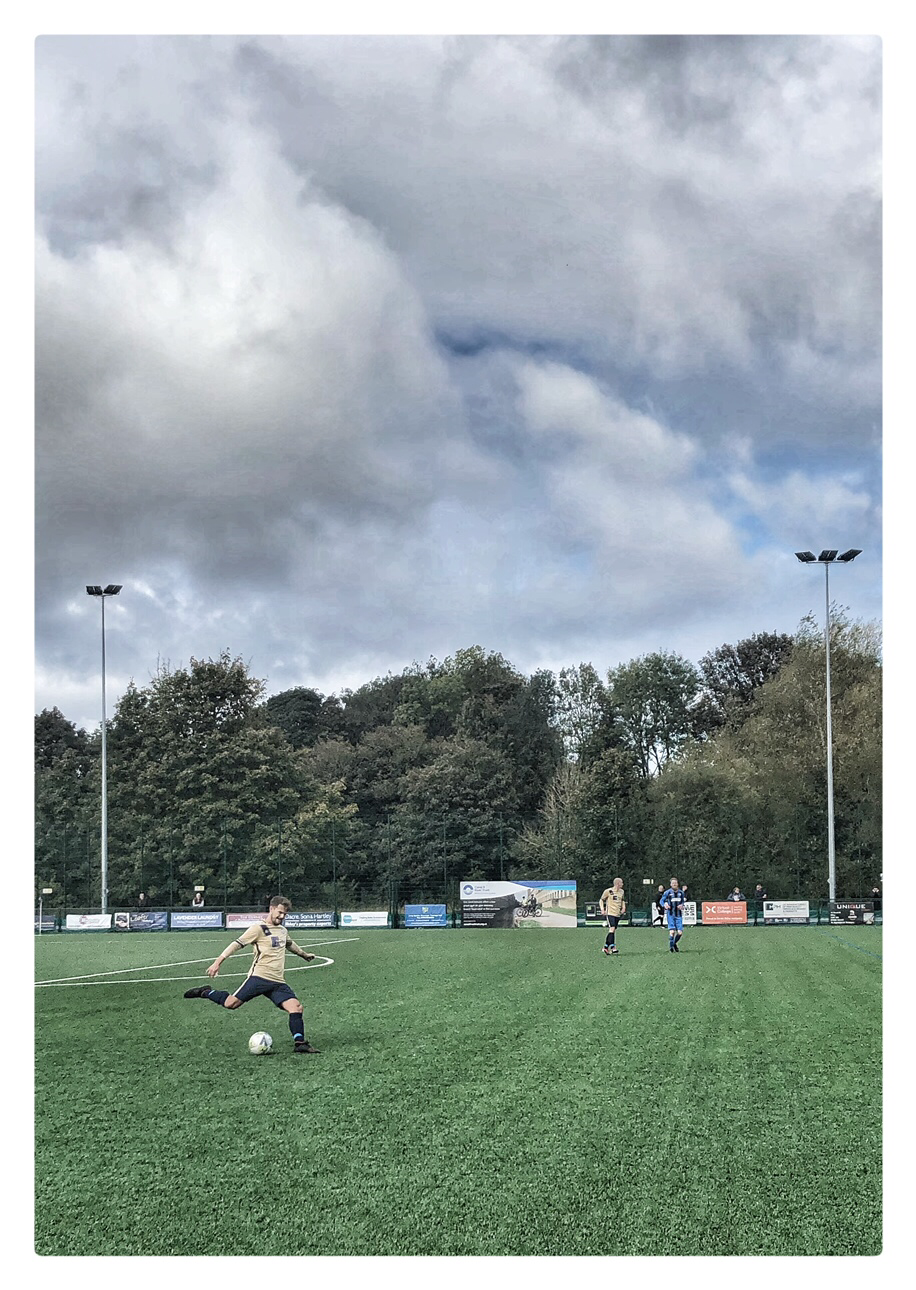