The evolution of Ilkley Town AFC

Ilkley Town AFC is a football club with a growing reputation
as it prepares to push for promotion to the 10th tier of the
football pyramid which would make them a semi-pro team for the first time and put
them in the early qualifying stages of the FA Cup. Here we will take a trip
down memory lane and have a look at how the West Yorkshire team has developed
since it was first founded, Evan Seaman writes.

Open-age football in Ilkley first began in the early 20th
century as Saturday and Sunday League teams played at West Holmes and East
Holmes alongside the River Wharfe. Following the Second World War the football
clubs in Ilkley were Ilkley Rangers, established in in 1947, and Ilkley British
Legion, established in 1955, before the Ilkley Town club was established in the
1960s and competed in the Wharfedale League.

However, in the late 1980s Ilkley Town struggled to progress
as a club on and off the pitch as other sports in the town such as rugby,
cricket and hockey had greater social allegiances and facilities which unfortunately
meant that the team were unable to win any silverware and disbanded in the
early 1990s.

But the club was reformed in 1995 as Ilkley AFC and joined
the Harrogate and District Senior League. The club had immediate success as
they won promotion to the Premier League in 1997. At the beginning of the 21st
century the club underwent managerial changes and began amalgamating with the highly
successful Ilkley Youth and Junior teams to try to create a culture of bringing
academy players into the first team.

And the current chairman, Richard Giles, recently stated
that Ilkley “must also make sure the other parts of the club flourish. The
junior teams, the girls and ladies are all thriving and are the heartbeat of
the club”.

Just after they won the double in 2003, Ilkley AFC received
another boost from the FA when they were granted FA Charter Standard status and
the senior teams were accepted into the West Yorkshire Association Football
League in 2004-05.

Ilkley AFC achieved promotion to Division One at the first attempt
and changed its name to Ilkley Town AFC to reflect the impact the football club
is having on the town in general.

The club was now coming on leaps and bounds and took another
step to moving further up the FA Non-League in 2009 when they made the Ben
Rhydding Sports Club their permanent home ground, which has been certified as a
UEFA Champions League quality pitch and is also regarded as one of the best
playing surfaces in West Yorkshire.

After several years of consolidation in Division One, Ilkley
Town AFC finally got promoted to the West Yorkshire Premier League in the
2015-16 season after finishing fourth with 55 points. They found their first
season in the Premier League challenging and just survived relegation after
finishing 12th, but since then the club have been edging towards
promotion.

This season they were on course for their most successful
campaign as they were sitting in 2nd place and looked set to make
the jump to semi-pro level until the coronavirus forced the FA to abandon the
season. However, the last few season has created a sense of optimism at the
club as they continue to press on with the development of the club. 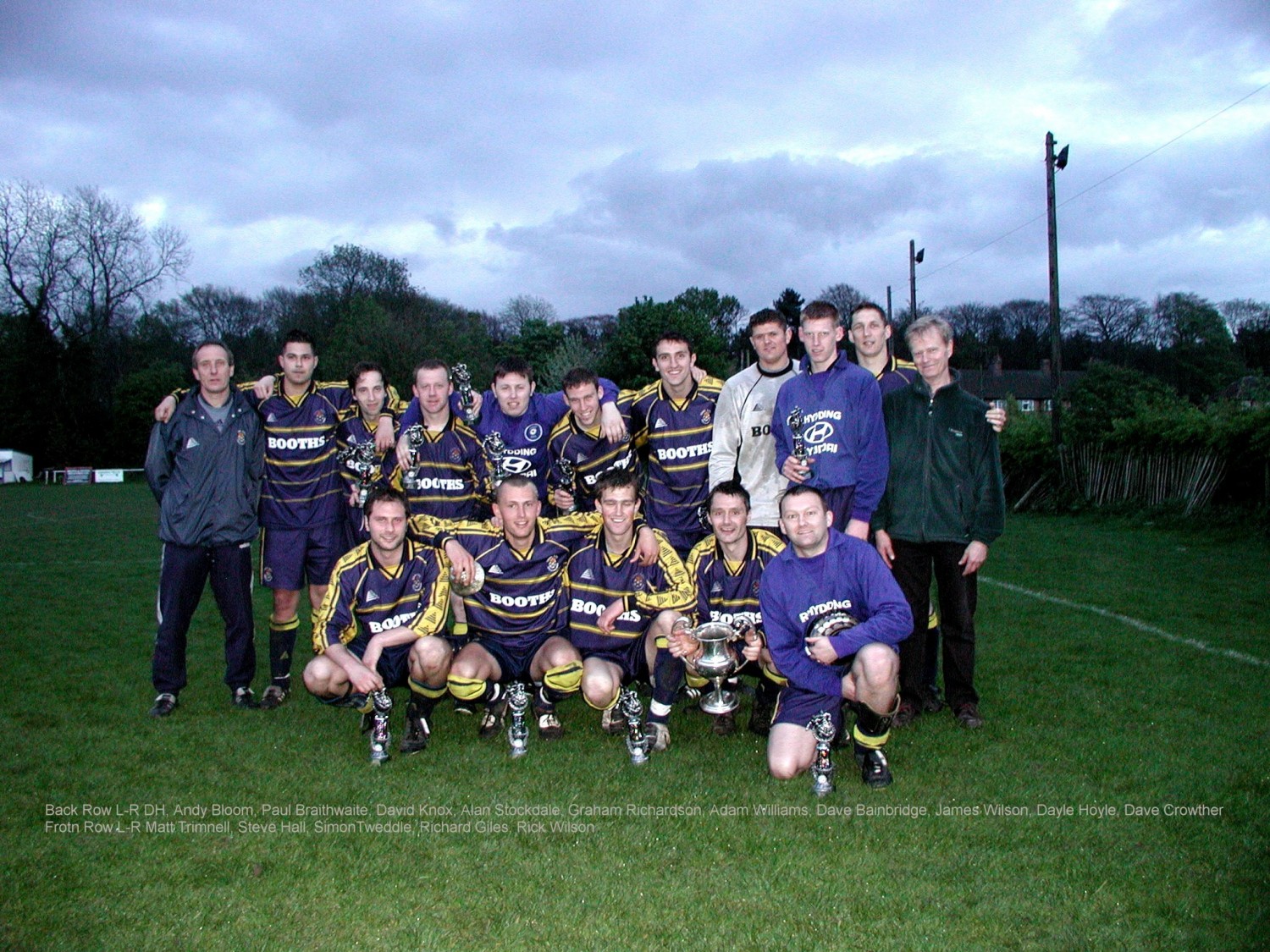