Ilkley had a shaky start to the game and were 1-0 down after
the first few minutes when Horsforth’s Luke Norman capitalised on Darren Munday’s
mistake before blasting the ball past Adam Montague-Millar into the back of the
net.

However the visitors bounced back almost immediately when
Harry Brown’s initial blocked shot fell straight into the oath of Smith who
only had to tap the ball in from close range to put Simon Armstrong’s side back
into the game.

Ilkley almost got their second goal of the game just before
half time when Brown whipped in a good ball to Smith from the left flank who
hit it first time but the ball landed just over the bar.

The away side carried their momentum into the next 45 minutes
and Smith made it 1-2 to Ilkley when he calmly put the ball past Sam Whittingham
into the bottom right corner.

The game went bad to worse for Horsforth St. Margaret’s when
Bolton was sent off for the hosts after a bad tackle on James Turland.

Ilkley took full advantage of their extra man and shortly
made the score 1-3 when Alfie Heaton played a through ball to Tom Fleming down
the middle. Then Fleming managed to dribble his way past Horsforth’s defence
before placing the ball past Whittingham to get his first goal of the game.

Towards the end of the game Smith completed his hat-trick
when Brown’s attempt at goal was parried by Whittingham but Ilkley’s poacher
capitalised on the rebound who tapped the ball in from a few yards out.

You can watch Tom Smith and James Turland reflect on Ilkley’s
1-4 cup victory against Horsforth St. Margaret’s on Twitter and Facebook. 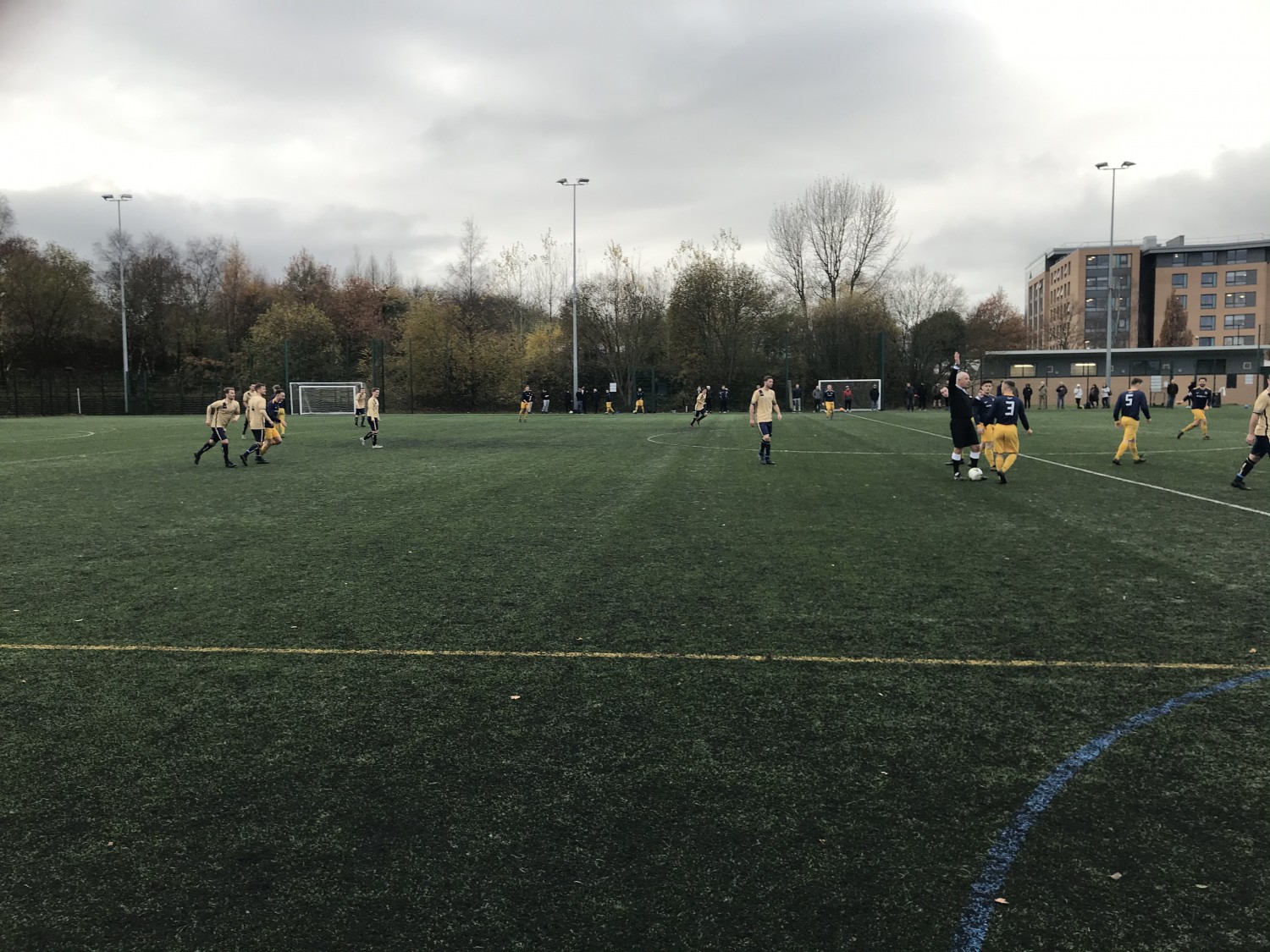