Instantly, it was apparent that these two teams were in
separate divisions with Ilkley showing great determination to challenge for
every loose ball, whilst they played through the thirds at every possible
opportunity. However, the visitors managed to keep themselves in the game,
thanks to countless saves by goalkeeper Dave Robertson.

Eventually, Ilkley’s sustained pressure paid dividends, with
Simon Armstrong’s men breaking the deadlock in the 40th minute, when
striker Tom Smith found himself unmarked from roughly 20 yards out. Once he had
controlled the ball, he looped it effortlessly over the stranded East End
keeper, showing perfect precision as it nestled in the top left corner.

This was just the boost of morale that Ilkley Town needed,
and they carried this confidence into the second half, as only five minutes in
Smith bagged a second goal: a through ball was threaded into the path of Alfie
Heaton, who displayed excellent speed and strength to reach it before both oncoming
defenders. From the byline, he dragged the ball back towards the six yard box where
Smith was positioned. Smith could’ve simply tapped the ball home, but instead
he cheekily back heeled it onto the post and in.

This second goal appeared to deflate the visitors, who had
so far put in a respectable performance considering they are in the division
below. James Nightingale produced a superb run to beat three defenders and sent
a powerful shot towards the goal, only to be denied by the crossbar.

In the 65th minute, Smith completed his hat trick
following a rocketing shot by Heaton, which goalkeeper Robertson could only
clear as far as Smith, who calmly slotted the ball into the empty net. Only
five minutes later, Heaton once again raced down the right flank and played an
exquisite low cross beyond the defence, which Smith deftly controlled before
sending the keeper the wrong way, to add a fourth goal to his tally. This was
now his 20th goal this season, achieved in only 17 games.

Ilkley continued to play with more purpose and flair, as
substitute Ben Greenhow attempted an audacious chip, which was barely inches
over the bar. Just before the final whistle, Smith added an unprecedented fifth
goal, having rounded the keeper and placed the ball home.

Ilkley Town have now won five out of five games in the cups,
and are certainly a formidable force and a team to be feared. As well as this,
Ilkley now have three of the top four goal scorers in the entire league, with
Tom Smith on 21 goals, Harry Brown on 12 goals, and Tom Fleming on 11 goals. 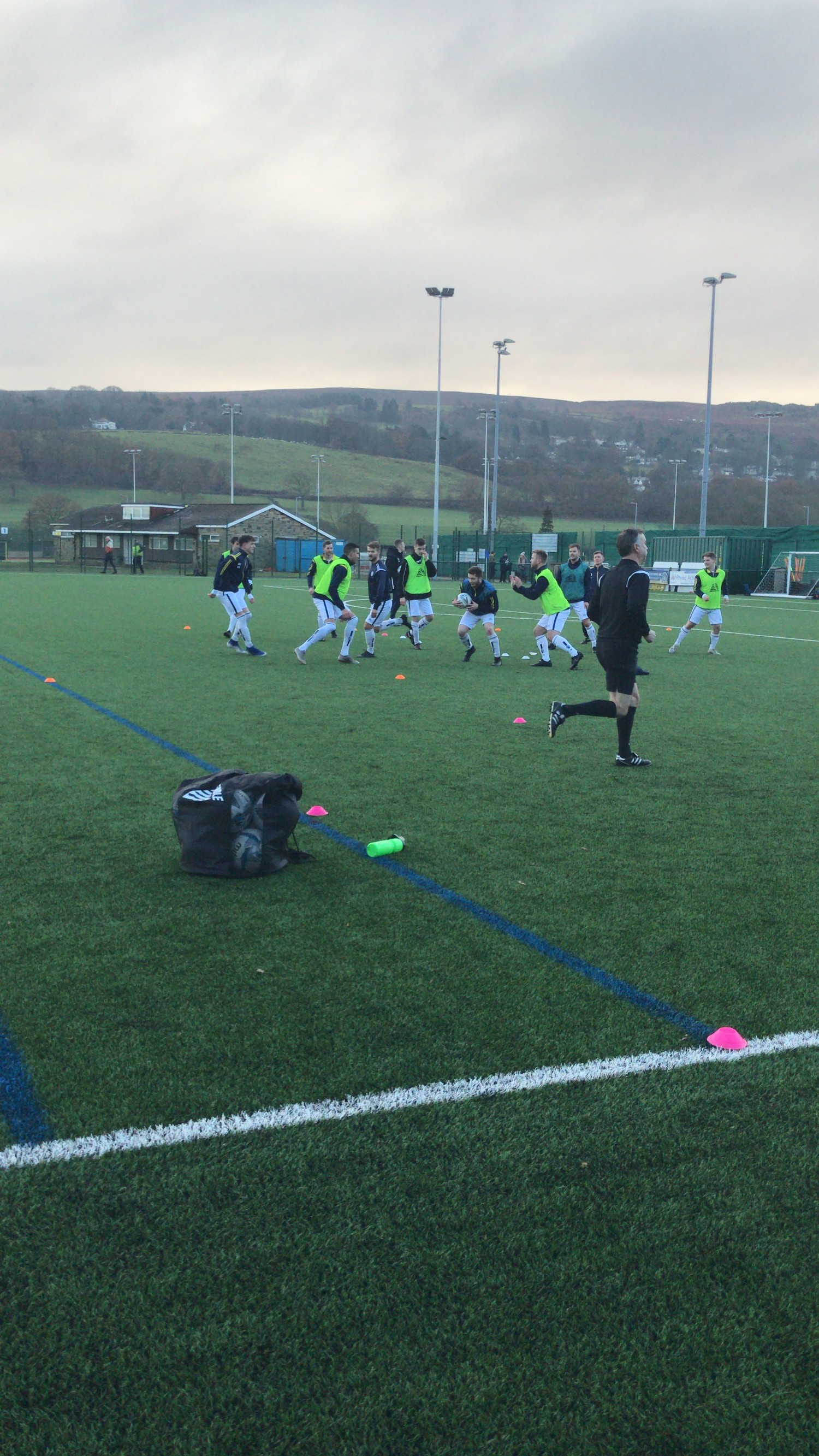