Evan Seaman chats to Ilkley's top goalscorer Tom Smith about how he has helped out as a keyworker during these difficult times and his spell at Leeds United.

Last season you were Ilkley Town’s top goal scorer with an
impressive 30 goals in 26 games in all competitions. Are you pleased to have helped
the team to achieve the highest goal tally in the West Yorkshire Premier League
with 57 goals?

Yes, I am very pleased to have helped out with the amount of
goals I was able to contribute with this season. You can see by the way in
which we play why we score so many goals as a team, we play on the front foot
and create so many so chances which everyone in the team seems to benefit from.

What was the best fixture you played in with Ilkley Town in
the 2019-20 campaign?

There’s two that stand out to me really and I’d have to say
the District Cup game against Horsforth was the first one as a team
performance, we went 0-1 down very early on to a very good side and then the
way we responded and the football we played was probably the best we played all
year. The other one that stands out for me personally is the East End Park game
where I ended up scoring all 5 which I think surprised a few people.

Do you hope to continue this rich vein of form in the
following season to get Ilkley promoted to the 10th tier in the
football pyramid?

I hope I can, I proved this year that I can do it so now is
the time to keep improving and building on the last couple of seasons to
hopefully help the club push forward in next season coming firstly to go even
further than this year, which will then inevitably push us towards the promotion
that we’re all working hard for.

Are there any aspects of your game that you will be
looking to work on over the summer?

There’s a lot of aspects of my game that I want to work on and
continue improving while we’re on this break period, the main thing I’ll be
looking to improve on is improve my hold up play even more which we spoke a lot
about last year so managing to do this will not only benefit me but the whole
team.

Throughout lockdown you have been a key worker. How tough
have these past 10 weeks or so been for you?

These last few months have been unusual to say the least but
finally we are getting to be in some sort of “normal” in the store! It has been
very similar to Christmas really with how busy it has been at times and with
the stock levels we have had coming in. It has been mad panic at times trying
to get the stock on the shelves when deliveries have arrived, but we have all
managed the best we can to make sure people can still get everything they need.

How has the team kept morale up to get through these
difficult times?

There has been a few ways the team has kept up morale, we
have had team quiz nights with different hosts each week mixing it up, there has
been a poker night that some of the lads have been taking part in each week and
we’ve had a race night which seemed to go down very well with everyone
involved! And also the weekly fitness challenges that have been set for the
team have given the lads a way of competing with each other every week with everyone
comparing times so that’s also helped to keep the morale high within the group.

Have you been able to keep your match fitness up for when
you return to the pitch?

I wouldn’t say I have been able to keep match fitness
throughout this period with everything going on but there is a level of fitness
that everyone has been maintaining as we have had weekly challenges set that
have helped to make sure we don’t lose too much fitness over this period and
that we are ready to go again when full training starts. With the new
guidelines in place we’re able to start a level of training again so by the
time preseason is able to commence fully we won’t have to waste anytime getting
everyone’s fitness back and we can get straight back to being prepared for the
season ahead.

You have previously been in the Leeds United academy in
your early playing days. What was your time at the club like?

My days at Leeds seem a long time ago now but and being able
to get the coaching that Sam and the others provided was a great experience
that I think helped my development from such a young age, it was a very fun and
enjoyable time that I’m glad I was able to experience. 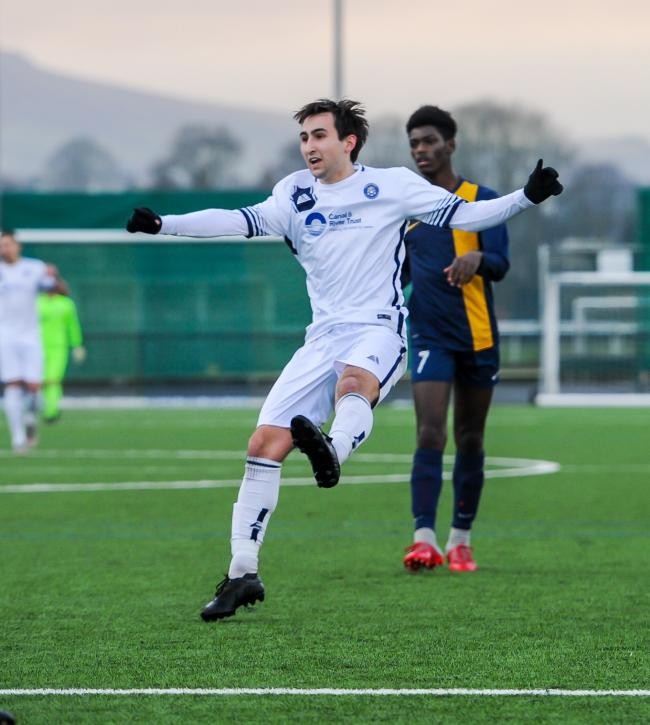