Town bounce back and hit Hall Green for four!

After their midweek defeat at Field, Town returned to Ben Rhydding looking to return to winning ways.

The weather was blustery and both teams struggled in the opening exchanges, both trying to get a foothold in the game. For the first fifteen minutes neither team seemed to exert any control, from this point though it would be Town who grew into the game and started to dominate. Nicc Hewitt & Richard Bull started to move the ball better with Alfie Heaton & James Turland provided width and opportunity down the flanks. The influence of Harry Brown, Tom Fleming & Ben Greenhow began to grow and Town were able to create chances.

The first goal followed a couple of fine saves from the Hall Green goalkeeper. Alfie Heaton provided the width and delivery, which caused confusion in the Hall Green penalty area. A goalmouth scramble followed before Tom Fleming dispatched the ball into the net, 1-0.

Tom Smith with beginning to find spaces with his clever movement. In the space of five minutes Smith could have had a hat trick as he was denied three times by the Hall Green goalkeeper after some wonderful build up play. In fact Town were well on top and Hall Green were finding it difficult to get out of their half.

Town's domination deserved more than a slender one goal advantage and MOM Nicc Hewitt would duly oblige with a thunderbolt from 25 yards with power and dip which decieved the Hall Green stopper and nestled in the top corner, 2-0.

Hall Green must have expected with the wind behind their backs to really push Town back. What actually happened in the first fifteen minutes was that Town once again dominated the ball, kept it simple and created a couple of opportunites to extend their lead. At this point it looked as though Town would go on and win comfortably, but has happened far to often already this season, a loss of concentration and a mistake would bring Hall Green back into the game. With their first real entry into the Town half Hall Green were allowed into the final third far too easily and a lofted, hopeful ball was misjudged by the Town centre halves and landed at the feet of the Hall Green centre forward to fire into the net, 2-1 and a lifeline for the away side.

Town now switched back on and dominated once again looking to extend their lead once again and some neat interplay between Brown, Fleming & Greenhow would see the ball find it's way to Tom Smith, in on goal who with a feint saw the Hall Green centre half slide right past and take the ball with him via his hand, penalty kick. Smith picked himself up and then coolly slotted the ball into the bottom corner for the goal his performance thoroughly deserved, 3-1.

Substitutes Dave Hancock and Ben Atkinson would both come on for the final fifteen minutes and their combination play would see Atkinson released down the left hand side and in behind the Hall Green back four. Atkinson drove inside, took the ball round his opponent and then picked out Brown at the back post, who's short pull back found Fleming to roll into the net and complete his brace, 4-1.

After midweek disappointment it was a very positive performance and result but Town must learn to concentrate for the full ninety minutes and not give the opposition a cheap way back into the game.

Up next Town visit the current title holders, Carlton Athletic in what will prove another tough away encounter. 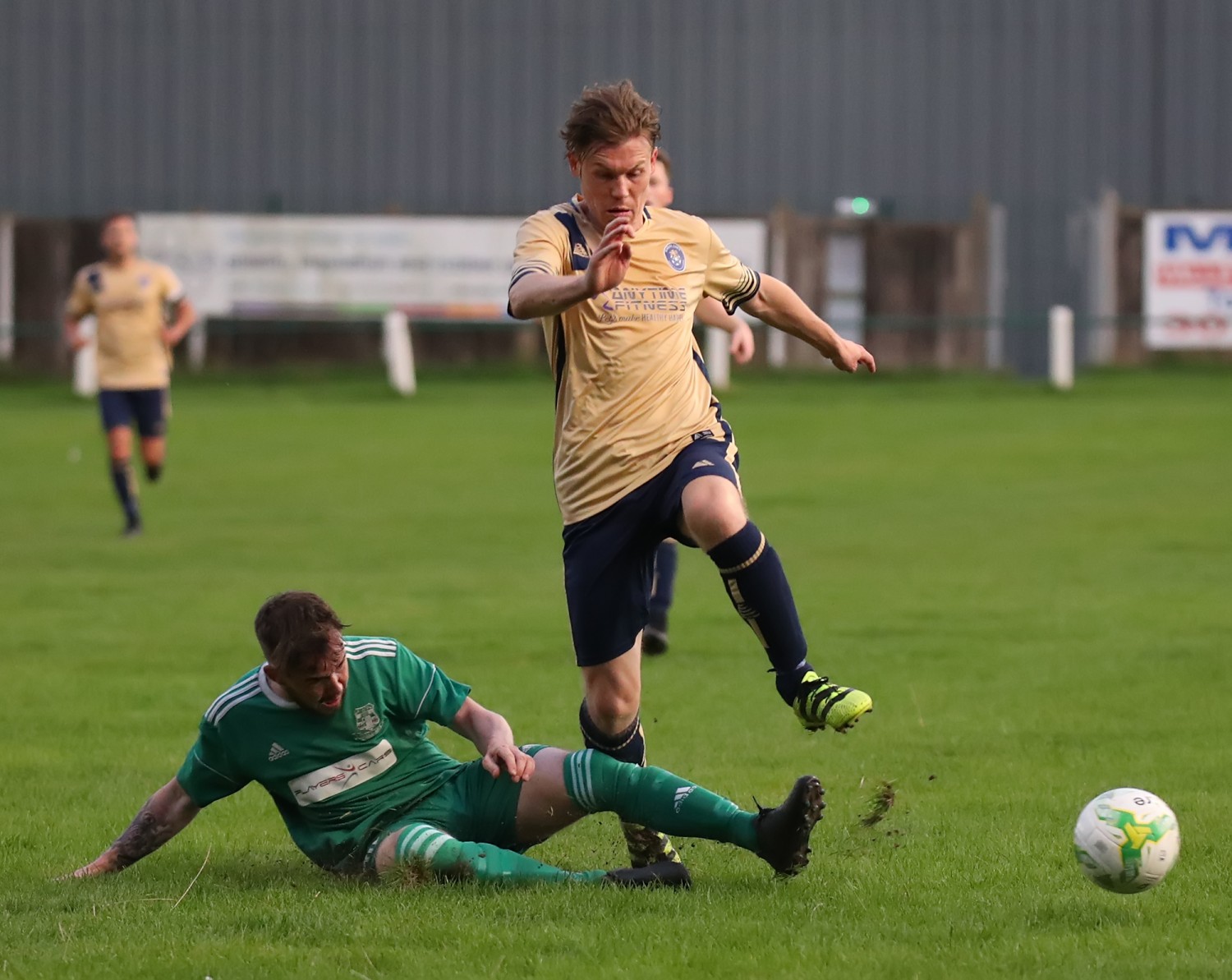