Town prevail on a tough away day!

Town travelled to Grassington on a hot Summer afternoon for a what would prove a tough physical encounter. Grassington were looking to make a statement of intent as they aspire to win the Craven Premier Division this season. Town were without 16 first team players for this fixture and took the opportunity to give three players their debut and had a number of talented youngsters looking to make a positive impression.

Grassington would start at quite a pace, pressing high and trying to latch onto any errors in the opening exchanges. Due to the heat the early energy from the hosts simply couldn't last and Town were able to start moving the ball around the pitch, probing at Grassington for an opportunity. Charlie George making only his second appearance for the first team was strong in the centre of the park, the return of Darren Munday gave assurity to those around him and debutants Robert Crawley & Tom Cross showed some nice touches.

Grassington really pushed on looking for the long diagonal to release their wingers. It was a tough introduction for the young full backs Hudson and Cross but both dealt admirably with any danger. When Town did gain possession there was space to exploit for Fleming, Gomersall & Crawley as they looked to punish Grassington. Some good interplay from Hudson & Gomersall led to a Town corner on 20 minutes. Gomersall whipped a lovely delivery towards the penalty spot where Nicc Hewitt arrived to guide his header into the corner of the net, 0-1.

The lead wouldn't last as the hosts direct play was causing problems in wide areas and a little indecision on 27 minutes would lead to a Grassington corner. Another good delivery found the Grassington number six who's header didn't carry a lot of power but it had direction, eluding two defenders and finding it's way into the net, 1-1.

From here the game was a tough physical encounter with both teams making some robust challenges. Grassington continued to play longer, Town tried to deal with this tactic and then build attacks quickly when possession was gained. It was one such instance on 37 minutes that would once again give Town the lead. The ball was won in Town's half and the ball moved quickly forward to Tom Smith. Smith combined well with Gomersall before releasing Tom Fleming on the edge of the penalty area. Fleming took a touch inside, wasn't pressured and so unleashed a fine effort into the top corner of the net, 1-2.

The second half saw both teams start to literally feel the heat as both teams started to tire and more mistakes begin to occur. Town brought on Ben Atkinson for his first team debut and he wouldn't disappoint with his quick feet and direct runs. Grassington would again probe with the longer direct pass, but both young full backs seemed positionally better and dealt with the threat. Hewitt & Munday were solid throughout with Grassington limited to efforts from distance rather than any clear cut opportunities.

Town were fitter than their hosts and it started to show as the half entered the final quarter. Ben Atkinson skipped through the Grassington back line, only just denied by a last ditch tackle to stop him. Another set piece would provide a clear opportunity but two Town players seemed to get in eachothers way and the opportunity lost. Eventually though Town would find the third goal. Ben Atkinson with a determined and dogged run on the right hand side got around the full back, brough the ball inside before pulling it back for Robert Crawley to strike. His shot would be deflected by the Grassington defender into the bottom corner to give Town a positive finish to their pre season schedule, 1-3.

A big thankyou to Grassington for hosting and best wishes for the season ahead. For Town their attention now turns to the season opener away at newly promoted Newsome next Saturday, 2.30pm K.O. at the Westgate Barbers Arena. 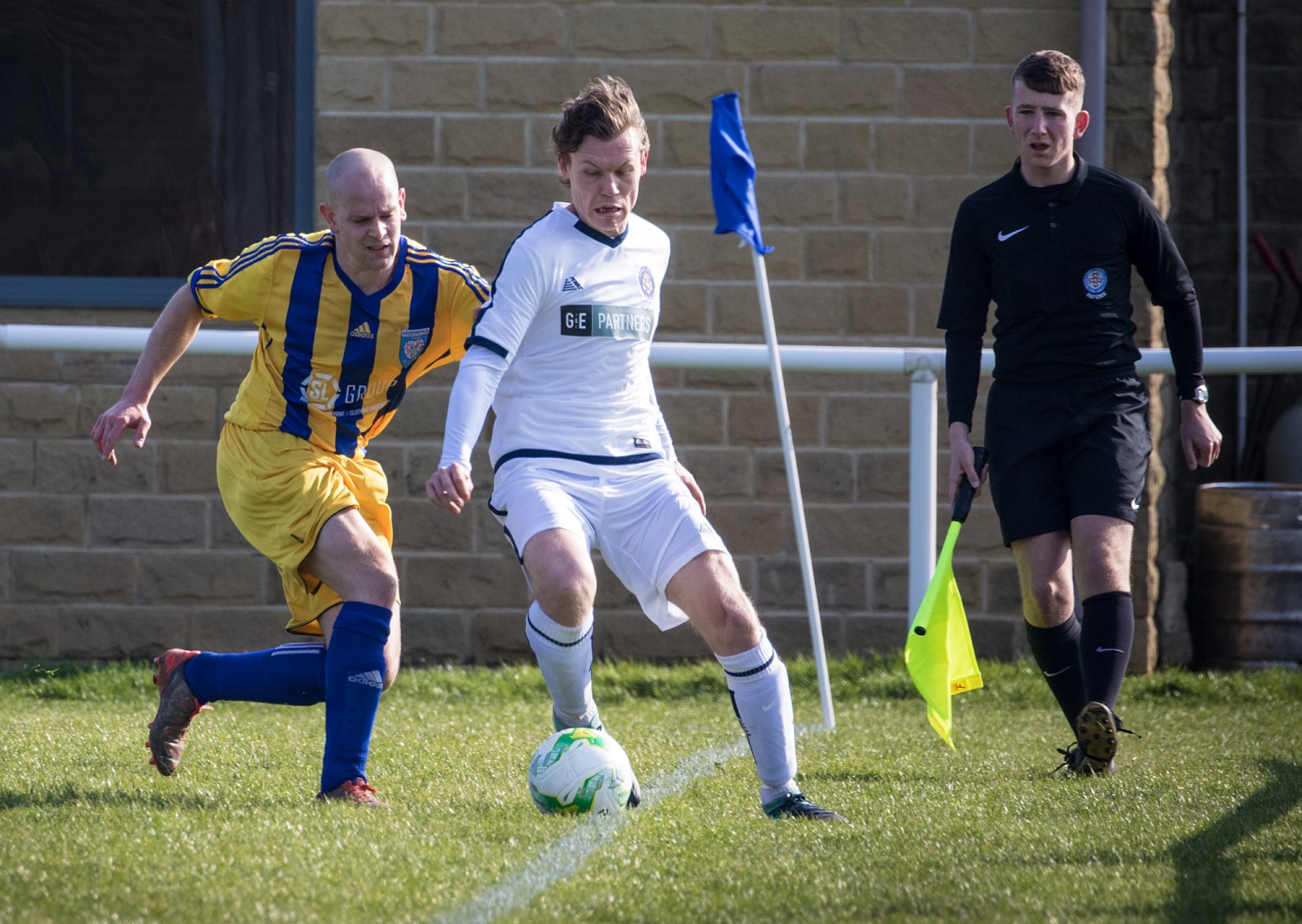