On a sunny Saturday afternoon, Ilkley Town continued their good start to the season by comfortably beating Carlton Athletic 2-6 away from home, writes Evan Seaman.

The visiting side flew out of the blocks and opened the deadlock in the third minute when Harry Brown intercepted the pass on the halfway line before picking out Joe Chilaka through the middle who placed it in the bottom corner despite Jonathan Gardiner getting his fingertips on the ball.

Ilkley continued to pile on the pressure and Ben Greenhow thought he had doubled their lead after his finesse shot hit the back of the net, but the linesman ruled the goal out for offside. The away side did eventually make it 0-2 in the 15th minute play when Tom Smith blasted it home from close range.

Chilaka got himself a brace 10 minutes later when Tom Fleming dribbled down the left hand side of the box before squaring it to Ilkley’s no eight who was able to tap the ball in from about six yards out.

About three minutes later the ball fell into the path of Harry Brown on the edge of the penalty area who then rifled it into the net to make the score line 0-4.

Ilkley didn’t stop there and got their fifth goal on the stroke of half time when Greenhow’s chipped shot looped over Gardiner who was caught a few yards off his line. There was some bad news for Ilkley though as Joe Chilaka looked like he had an ankle injury at half time and had to be brought off a few minutes into the second half for Benji Claydon but it doesn’t look a serious one thankfully.

The away side continued to dominate at the start of the second half and Tom Fleming tapped the ball in from a corner after Chilaka nodded it down to Ilkley’s no 10 to make the score line 0-6.

However as the game went on, the visitors started to get a bit sloppy and Carlton prevented Ilkley from getting a clean sheet when their sub Awais Akbar got on the end of a cross before heading it in the net to give the home fans something to cheer.

Just before the full time whistle Anees Younis managed to get Carlton another consolation when he reacted to the rebound after the initial attempt hit the post and slotted it into the bottom corner, but it was too little too late for the home side as Ilkley went home with the three points. 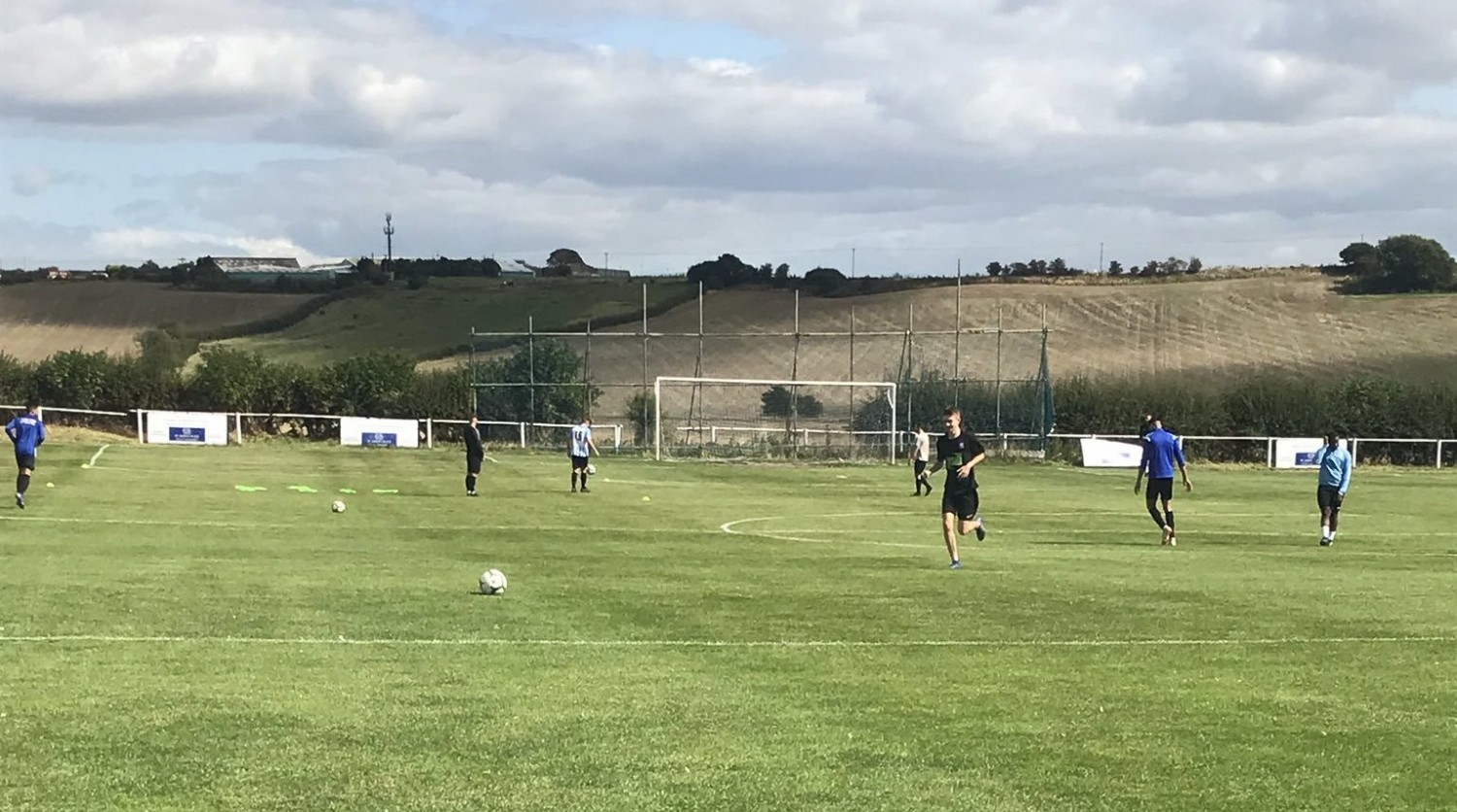