Two first half goals keep Ilkley in the cup

In a scrappy game, the hosts started brightly and broke the deadlock very early on in the game when the ball fell to Gomersall from about 30 yards out who spotted Rawdon’s keeper off his line before Ilkley’s playmaker spectacularly chipped him to make the scoreline 1-0.

Brown doubled the home team’s lead just before the break when the ball was played to him on the edge of the penalty area before his shot at goal hit the bottom right corner after clipping the inside of the post.

In the second half, chances were in short supply for the visitors as Ilkley defended well to keep their cup dreams alive.

The hosts had an opportunity to extend their lead further when Tom Smith went one-on-one with the keeper inside the box but his attempt at goal went just wide of the post.

The result means Ilkley have now won an impressive 12 games on the bounce and are still in all three competitions, whilst sitting second in the table with 37 points.

Ilkley’s next game is away to Hall Green United who sit 13th in the league, having just drawn 2-2 with Headingley today.

You can watch Ilkley manager Simon Armstrong, who has recently been awarded Manager of the Month for the West Yorkshire Premier League, react to today’s 2-0 cup victory against Rawdon on social media. 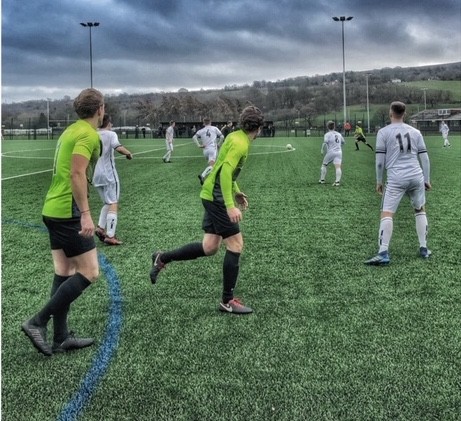