Evan Seaman chats to returning midfielder Will Giles about his time at uni and how he is looking foward to putting on an Ilkley Town shirt again when the 2020/21 season starts.

So, following your return to the club, what was your
university experience like?

I had a great time at university, and am grateful to have
had the opportunity to experience it. The lifestyle was very different from
what I was used to, but I feel that it has helped me develop as a person, so
I’m definitely glad I went. Unfortunately, it has made me realise that I don’t
like physics quite as much as I thought I did, so I won’t be pursuing a career
in anything physics related.

How did you find living away from home for the first time?

It was a bit of a shock at first, especially moving so far
away, as I couldn’t nip back for a weekend if I needed to. I’ve never been very
good at cooking so having to make my own meals every day was tough. I’ve made a
few really questionable meals over the last few years and even given myself
food poisoning, which was certainly a low point. Despite that, I really enjoyed
the freedom that it gave and it was great fun living with friends, so given the
time again I wouldn’t change anything.

Did you play for any of the university’s football teams, and
if so, what was the standard of football like?

Unfortunately, I wasn’t able to play much competitive
football at university. I got injured a few weeks before I moved in which ruled
me out of any sport for a large part of my first year. Since then, work has
taken over so I’ve not had the time to play for any of the university teams.
Despite that, I have still played 11-a-side for my halls team, and the standard
has been quite high, so I hope that I’ve not lost too much form whilst being
away.

Have you managed to settle into your new job well?

I’ve not actually started my new job yet! I’m still
technically a university student and am currently in the middle of writing my
dissertation, but have been sent home due to the pandemic, which is a strange
way to end my time at university. I’m looking forward to starting though; it’ll
be a welcome change from studying and nice to have some disposable income for a
change.

Are you excited to be able to make your “second debut” with
Ilkley when the new season starts in September?

Yes, very excited. So much has changed on and off the pitch
since I last played, including the building of the 4G pitch and the arrival of
a lot of new additions to the squad, so it’ll be great to be back involved in
it all. My first debut came at the start of a promotion year for the team and
I’m hopeful that the same can be said about next season as well.

Had you been following Ilkley’s impressive performances over
the past couple of seasons? Has their recent success on and off the pitch been
a factor in wanting to come back to the club?

Of course, it’s been nice to see how the team has been
getting whilst I’ve been away, so I’ve been reading the match reports on the
clubs Facebook and Twitter pages. I’ve also been watching as many games as I
can when I come back home, the 2-2 draw with Beeston this season being a
particular highlight.

Its exciting coming into a squad that has experienced a lot
of recent success, but it was always my intention to come back to the club
after university. I’ve played all my junior and senior football at Ilkley so
I’ve always been a supporter of the club, even when I haven’t been playing. Any
player knows it’s great to get the chance to play for the team you support, and
it’s even better to be part of the squad during one of the most exciting times
of the club's history.

Are you confident that you’ll be able to help Ilkley to
progress further in your second spell at the club and propel them to semi-professional
level for the first time in their history?

I certainly hope so. I know that the playing level has
improved since I left and everyone knows the intentions of the team this
season, so I’m excited to do what I can to help improve the team. It always
takes a team effort to achieve success in football, and I’ll be looking to
contribute to that in any way I can.

As you and playmaker Matt Whitehead are returning to Ilkley,
do you think they’ll be tough competition for places in midfield next season?

Following the games and looking at the strength in depth in
the squad this season, and seeing many Ilkley players in the league
representative side, I think there is already a lot of quality throughout the
squad. Having played with Matt before, I know the qualities he brings to the
squad and the increased competition for places he will provide. I’m looking
forward to having such tough competition for a place, and I’m confident that it
will improve both my individual game and the team's performances. 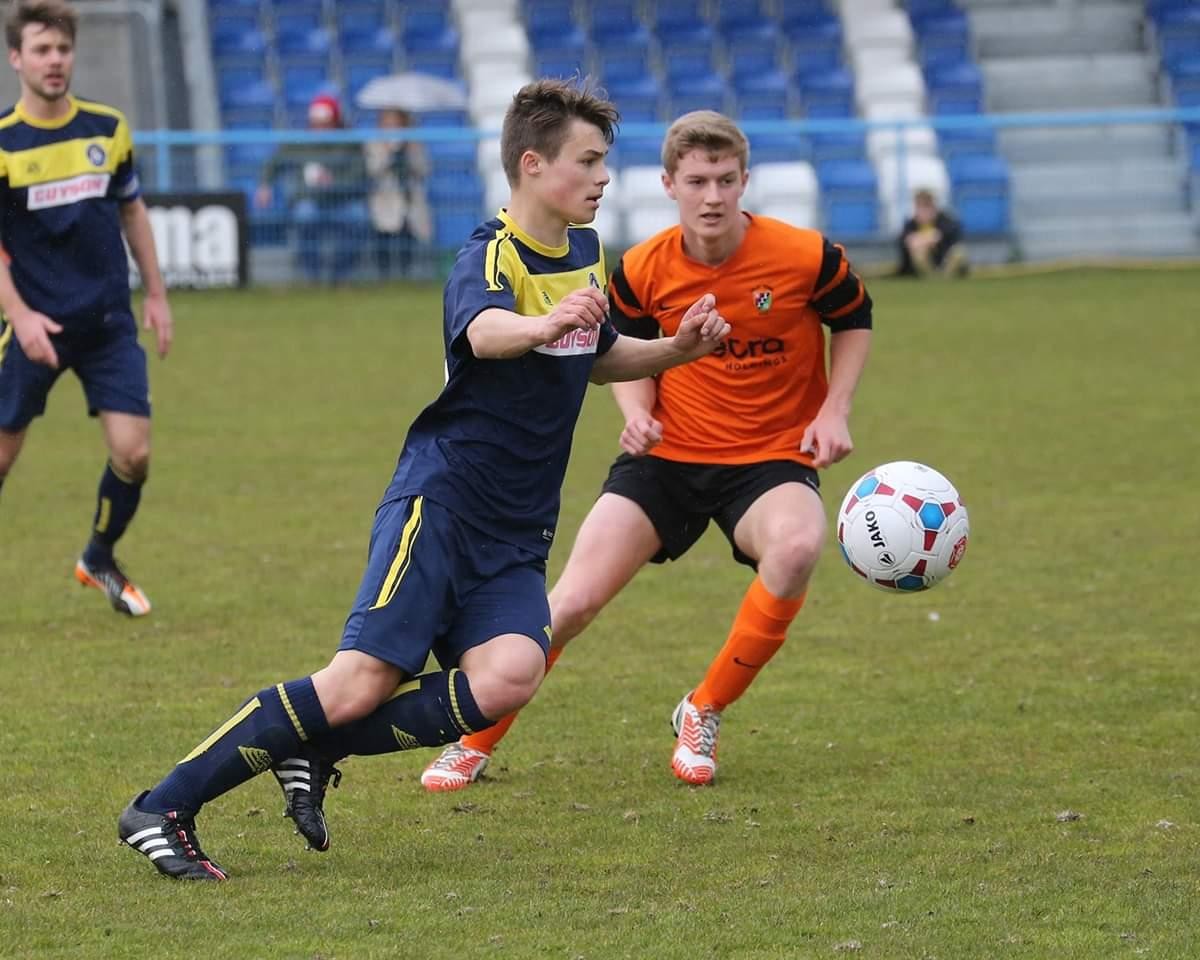